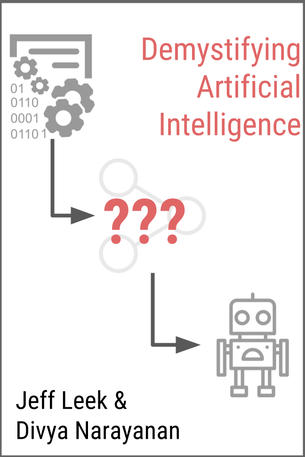 This book breaks down the mystique around modern artificial intelligence and guides you through the world of self-driving cars, facial recognition, and digital voice assistants.

“Thinking is a human feature. Will AI someday really think? That's like asking if submarines swim. If you call it swimming then robots will think, yes.”

Artificial intelligence is a fertile topic that has been covered by a number of books. They range from explorations of the potential consequences of AI for a general audience, to deeply technical works focusing on the minutia of statistical or machine learning algorithms.

This book is designed to be an introduction to the entire process of building a modern AI application. The target audience is meant to be anyone who is curious about how Google, Facebook, Amazon, and others use artificial intelligence to solve modern problems. In the book we will cover:

* A specific definition of artificial intelligence that covers most of what you read about in the popular press.

* How images, audio files, video, and text are converted from their raw form to data that can be used by computers to "learn" about the world.

* How information is gathered to build artificial intelligence applications and how the collection process influences how the application will behave.

* The concept of machine learning and how computers use data to make decisions or classify examples.

* How neural networks - the most widely used algorithms for modern AI applications - work and how they are implemented.

* How you can use commodity technology to build AI applications without fitting your own neural network.

* What are the ethical and moral implications of a world where data is ubiquitously collected and used?

The book is intended to be instructive in how AI applications work and as the beginning of a multi-part educational path toward building your own AI applications. The target audience is meant to be broad. The goal is that anyone with an interest in artificial intelligence will be able to follow this book from start to finish.

Jeff is a professor of Biostatistics and Oncology at the Johns Hopkins Bloomberg School of Public Health and co-director of the Johns Hopkins Data Science Lab. His group develops statistical methods, software, data resources, and data analyses that help people make sense of massive-scale genomic and biomedical data. As the co-director of the Johns Hopkins Data Science Lab he has helped to develop massive online open programs that have enrolled more than 8 million individuals and partnered with community-based non-profits to use data science education for economic and public health development. He is a Fellow of the American Statistical Association and Mortimer Spiegelman Award recipient.

An Interview with Jeffrey Leek 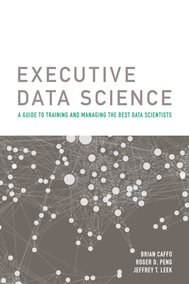 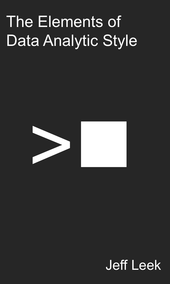 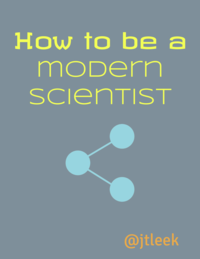 How to be a modern scientist
Jeffrey Leek