This book is 37% complete

From the author that brought you the acclaimed series of niche and quirky JavaScript books, the half-elven ranger, deadly archer, master of the two-handed sword and dual scimitar wielder, protector of Veleiron, Falcon of the Crepuscle, silent death of the swamps of Zulk comes a new gripping adventure of epic proportions, love, betrayal and Vim

Wizards Use Vim is a delightful and fun introduction to the the amazing Vim text editor.

The book is at a very early stage and is an incomplete collection of rough drafts at this point. You can still join in early, get the book at a discount, experience how a book gets written, impact its development through feedback and admire how it slowly transforms from garbage to a beautiful emerald.

I'll expand on this as I continue writing the book :D

Jaime is a software developer and UX designer who loves building stuff. Sometimes to solve a problem, sometimes for the challenge, but more often because he just loves creating things for the sake of it. And the quirkier and weirder, the better. He specially enjoys mixing carefully crafted software with visually appealing aesthetics.

Obnoxiously joyful dude, fake extrovert, undercover nerd, Jaime works as a Front-end Software Engineer at Google. He spends part of his time as a Developer Relations in the Nordics developer community. He speaks at conferences, writes articles, runs workshops and talks to developers and companies about how they can do cool things with JavaScript. He also arranges developer community events in Stockholm as a way to support and encourage the thriving local dev ecosystem.

In his spare time, he builds his own products, writes the JavaScript-mancy series of books and blogs at barbarianmeetscoding.com. He loves spending time with his beloved wife Malin and son Teo, drawing, writing, reading fantasy and sci-fi, and lifting heavy weights.

An Interview with Jaime González García 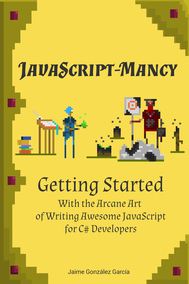 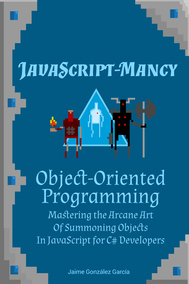 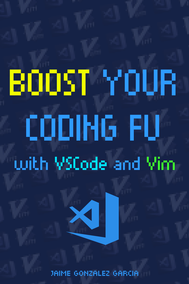