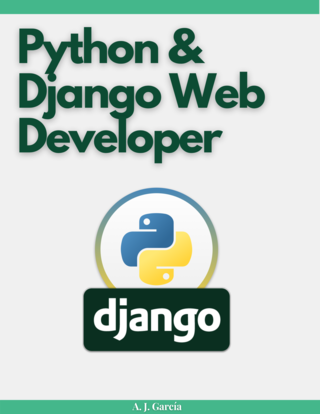 Build a Django site even without knowing Python Programming !! This book takes you step by step building your first blog with Python and Django.

So, you are looking to build a great site with Django and Python, right ?

Build the most awesome websites with Python and Django, learn the basics with this book and speed up your learning curve.

This is the best Django book, it is the perfect introduction for you to take a look under the hood and understand everything that makes a Django site, hopefully it will be a motivation for you to continue learning Python and programming in general.

How fast can you learn Django?

Can I learn Django without knowing Python?

It's not easy to learn Django if you don't have a strong foundational knowledge of Python. You don't need to learn everything in Python but at least make your fundamental concepts clear in Python to start with the Django application. Focus especially on classes and object-oriented programming in Python.

Is Django front end or Backend?

Django is a collection of Python libs allowing you to quickly and efficiently create a quality Web application, and is suitable for both Frontend and Backend.

Does Django use REST API?

A typical Django application that uses React as a front end. It needs an API to allow React to consume data from the database. For example, in web development, many applications rely on REST APIs to allow the front end to talk to the back end.

You have to learn python first then django since django is a web framework only & written in python. for python starting with Learn Python from Scratch would be best since it covers most basic part of python.

Django is a high-level Python web framework that enables rapid development of secure and maintainable websites. Built by experienced developers, Django takes care of much of the hassle of web development, so you can focus on writing your app without needing to reinvent the wheel.

With this Django Book you will get to know everything about the most popular Python framework for web development. Django is a full-stack framework and includes all the necessary features by default instead of offering them as separate libraries.

Check out other books from the author:

I started my coding career back in 2003. Lately I've been involved a lot in Javascript for frontend and the backend.

I would love passing along to you some of the experiences and challenges I've faced over the years.