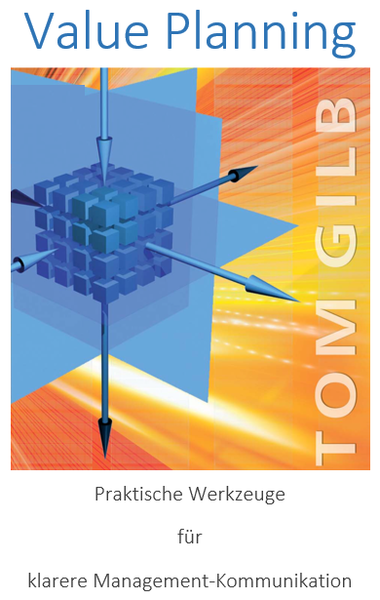 Tom Gilb has been consulting on management problems, for top management since 1962.  As a result he has developed and refined his own powerful methods for management planning. He has worked for many of these years with his son Kai Gilb.

These methods are jointly called ‘Planguage’ – a Planning Language. They are unique in helping managers to think quantitatively about the qualitative aspects of their decisions. For example how to quantify ‘engineering productivity’, or general product quality?

Most of the consultancy work is done at the CTO level. Most of it is for technical multinationals, and some financial groups. Most of the work is for planning organizational improvement in productivity and quality (for 10,000 engineers for example). The rest is about big projects (like 1,000 engineers, $100 million).

Tom does not profile himself as a management consultant. In fact he  works at the grass roots of advanced engineering, systems, software, aircraft, IT, telecoms, electronics.

This often leads to meeting top managers who appreciate his methods, and become clients. There is a well-documented successful spread of his methods at HP, IBM (CMM 4) and Intel (20,000 engineers trained there in his methods). Other interesting famous method-user organizations are Boeing, Citigroup, JP Morgan, Credit Suisse, Philips,  Ericsson, Nokia, Tata Consultancy, Microsoft, Statoil and many others, smaller and less famous.

Tom has been invited to lecture at dozens of  universities worldwide (including Berkeley, Stanford, London School of Economics, Imperial College).

He has previously published nine books. The 2005 book is ‘Competitive Engineering’.

In 2012 he was made Honorary Fellow of the British Computer Society.

More information, and many publications, at gilb.com.