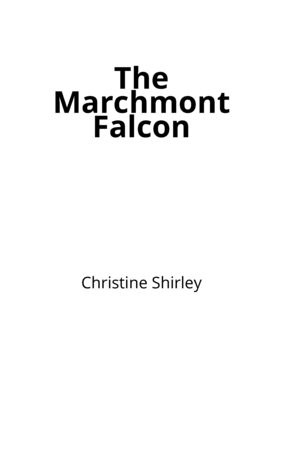 Christine Shirley
This book is a work in progress, as a project for National Novel Writing Month 2013. I am publishing a few previously completed chapters that will not be included in the final word count for NaNo, and will update throughout November. Feedback is appreciated, but final revisions will not happen until after NaNo, so please forgive any errors for the time being!
$7.99
Minimum price
$7.99
Suggested price

With her brother missing and declared dead, Salome Mercer must find a husband, and quickly, or lose her inheritance. Though she would prefer to focus on discovering whether her brother was wrongfully impressed by the British Navy or return home to her beloved racehorses, Salome must travel to London instead to convince her estranged aunt to fulfill her promise of hosting her for a Season. To ensure success in her hunt for a suitable husband, Salome crafts a plan to snare one of London's most intriguing bachelors, known as the American Earl.

Dominic Tremaine did not expect to become landed gentry when he arrived in London two years ago to settle his great-uncle's estate, but now that he was here, he had indulged in all that London had to offer, from racehorses to women. He had not realized anything was amiss in his life until the new Baroness of Marchmont arrived in London for the Season. Now her flashing green eyes had bewitched him thoroughly.

All of London was abuzz with word of the American nobles, and none seemed any the wiser that Salome had contrived the matchmaking from the very beginning, especially Donovan. Things would have continued to go according to plan until the Salome hears word of her brother and has to make a painful decision.

Should Salome stay in London and marry the Earl who was quickly claiming her heart, or should she fly to rescue her brother, exposing her subterfuge and risk losing Donovan forever?