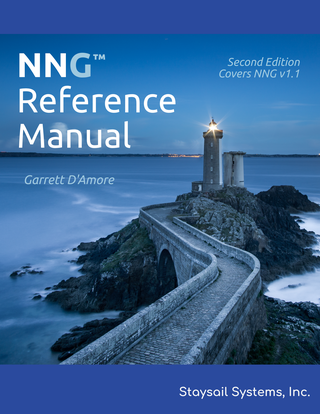 NNG is the next generation rewrite of the popular, light-weight messaging framework known as nanomsg. This updated Second Edition covers NNG version 1.1.

NNG (Nanomsg Next Generation) is a lightweight, broker-less messaging framework compatible with, and superior to, nanomsg.

This is the official Reference Manual for NNG, collected from the manual pages included with the distribution and located online at the official NNG site. Purchases of this book help support the continued development of NNG.