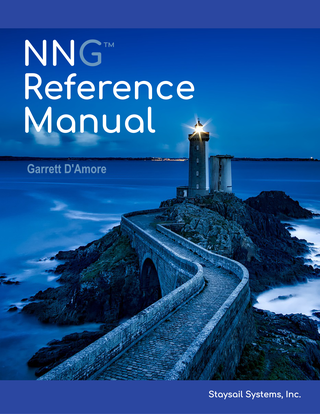 NNG is the next generation rewrite of the popular, light-weight messaging framework known as nanomsg. This is the reference manual for the latest version.

There is a new edition of this book available:
NNG Reference Manual, 2nd Ed.
Free!
With Membership
$9.99
Suggested price

NNG (Nanomsg Next Generation) is a lightweight, broker-less messaging framework compatible with, and superior to, nanomsg.

This is the official Reference Manual for NNG, collected from the manual pages included with the distribution and located online at the official NNG site. Purchases of this book help support the continued development of NNG.

The sample books are identical to the purchasable books, so you can download the content for free. If you like the content, please consider coming back here and buying the book! (No need to re-download it though!)