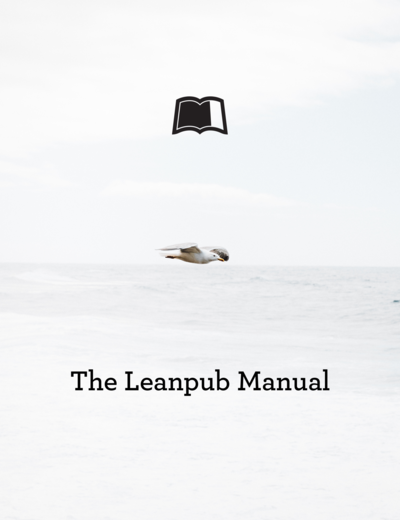 This is a short manual. It contains three things:

1. A description of the various writing modes.

2. A discussion of Leanpub Flavoured Markdown vs. Markua

3. Getting Started instructions for each writing mode.

It also has some support links at the top for both readers and authors.

This is The Leanpub Manual! You can see the online version at https://leanpub.com/manual/read

The manual is free to read and download and you will always be able to get the latest version.

Peter Armstrong is the founder and CEO of Leanpub. He has almost two decades of experience in software, half of it as a developer at Silicon Valley startups. He founded Ruboss in 2008, and launched Leanpub in 2010.

Peter is also the author of a number of books, including Lean Publishing, The Markua Specification and Programming for Kids. He has a BSc in Computer Science and Psychology from the University of Victoria.

Peter coined the term "lean publishing" to describe the act of self-publishing an in-progress ebook. Leanpub was created based on the principles of lean publishing. He lives in Victoria, BC with his wife and son.

Len is a Leanpub co-founder. He likes cats and rational arguments.