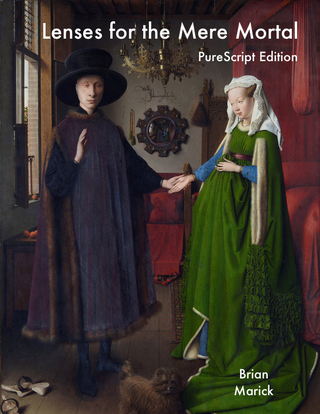 Lenses are used (in statically typed functional programming languages) to look inside and "modify" nested data structures. They're notoriously hard to learn, but I believe that's a historical accident. This book teaches lenses in a way tailored to beginners.

Three things about this book make it a novelty among lens tutorials:

There are other differences, but I'll leave them to the Introduction.

The book uses a PureScript version of lenses because I happened to be learning PureScript when I got the idea of writing it. I hope it's still useful for people wanting to learn the Haskell version. (The two APIs are very similar, though the underlying implementations differ in some important ways.)

I assume only shallow knowledge of PureScript, roughly equivalent to the three post-Elm introductory chapters in An Outsider's Guide to Statically Typed Functional Programming.