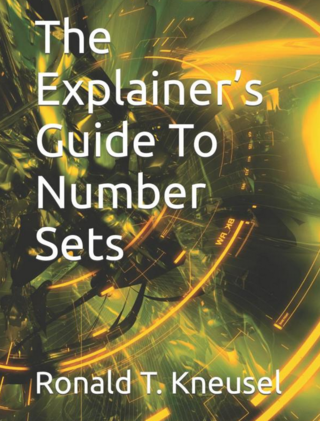 The Explainer's Guide to Number Sets

The Explainer's Guide to Number Sets

This book is about number sets, specifically, the kinds of numbers that mathematicians, scientists, and engineers work with daily. Many of the number sets are undoubtedly familiar, though you may not use them by their names: the natural numbers, whole numbers, integers, and rationals. Others are less often used, and some are downright strange.

This book is about number sets, specifically, the kinds of numbers that mathematicians, scientists, and engineers work with daily. Many of the number sets are undoubtedly familiar to you, though you may not use them by their names: the natural numbers, whole numbers, integers, and rationals (fractions). Others are less often used, and some are downright strange but have utility in certain places. Nevertheless, all are worth knowing.

By the end of the book, you’ll know the names, characteristics, and relationships between the major types of numbers. Additionally, you’ll have a good idea of where our number system came from and why it isn’t the least bit special.

Along the way, you’ll learn about sets, operations on sets, and even basic terminology from number theory and abstract algebra. Don’t be concerned if the terms are unfamiliar; they'll be explained to you as you go.

The Explainer’s Guides introduce readers to the fundamentals of each topic. No prior knowledge is assumed. The books are written by knowledgeable people and are intended primarily for adults seeking an introduction to the topic. The books are self-contained, and each book concludes by pointing the reader to additional material.

My infatuation with computers began in 1981 with an Apple II. I've been active in machine learning since 2003, and deep learning since before AlexNet was a thing.

My background includes a Ph.D. in computer science from the University of Colorado, Boulder (deep learning), and an M.S. in physics from Michigan State University. By day, I work in industry building deep learning systems. By night, I type away on my keyboard generating books.

Please see my full list of books at www.rkneusel.com. 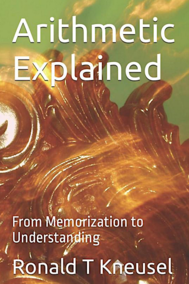 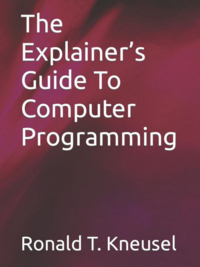