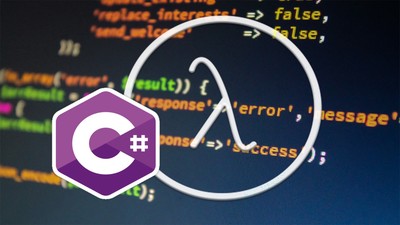 Learn the principles of Functional Programming & how to apply them with the power of C# to improve software architecture.

Want to improve your skills in building software architecture through the functional design in C#? Then this course is for you!

Design and Architecture Fundamentals in C#

Learn how to write C# code in a functional style. The “Functional Programming in C#” is for you if you want to improve your code, design and architecture. It means you are going to learn how to write code of the high quality: readable, understandable and reliable.

You probably have already heard the following well-known statement: most code sucks. Well, this course is all about how to produce code which doesn't suck.

This course is aimed at all the C# developers, from beginners to seniors. Topics which are covered in the course are relevant for all kinds of C# developers since all developers design and implement types. The topics complexity is very different. There are plenty of very simple topics, and at the same time, there are topics which require from you a solid C# background. There are plenty of code examples throughout this course, so you will learn both theoretical and practical material.

To sum up, the course covers the following topics:

Keywords related to the course:

This course has a private forum for learners who are taking this course.