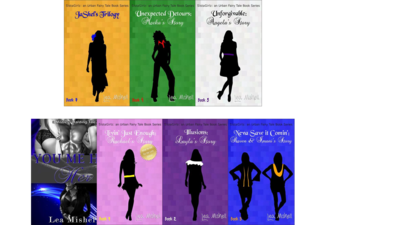 The following 7 books are included in this bundle...

"SistaGirlz" is an Urban Fairy Tale book series that centers around nine women whose lives are intertwined with love and drama. Friends and family, the SistaGirlz help each other navigate through the trials and tribulations of loving their men, raising their children and finding out about themselves. From their teenage years into motherhood, follow along with the lives of Rachael, Layla, Raven, Imani, Meeka, Angela, Nina, JaShel, and Clarissa.

Have you ever wanted every book written by Author Lea Mishell as soon as it comes out? Here's your chance to have EVERYTHING she currently has published on Leanpub! As new titles of the SistaGirlz series and Mistress Harding series are released, they will be added to Part 2!!

PS: Buy the bundle NOW and get FREE e-book updates!!! 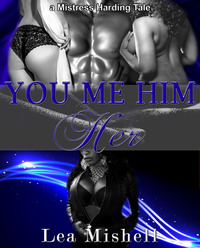 YOU ME HIM HER

Book 1: YOU ME HIM HER - A mutual friend asks a young couple to participate in a sexual excursion none of them imagined they would ever experience!

Book 2: COUGAR MAMA - Life decisions become complicated the more people you invite into your Circle. Can Mistress have the best of ALL worlds?

Book 3: HEALING JOURNEY - After the tragic death of one of her Loves, Mistress tries to pick up the pieces of her life. Will her heart ever heal from the loss? Or will one final gift be what she truly needs to move on. 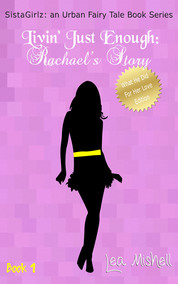 They both treated her like a princess but only one of them made her his Queen.

SistaGirlz Book #1 LIVIN' JUST ENOUGH: WHAT HE DID FOR HER LOVE Edition is the FULL story of Rachael, Aaron and Alonzo. Find out what Aaron and Alonzo did to keep Rachael in their lives!

The first book in my SistaGirlz series, LIVIN' JUST ENOUGH: RACHAEL'S STORY, left my readers dangling with a few unanswered questions. Most will be revealed later in the SistaGirlz series but there are some things that only "Aaron" and "Alonzo" can tell you. Now we have THEIR side of LIVIN' JUST ENOUGH. WHAT HE DID FOR HER LOVE accompanies LIVIN' JUST ENOUGH as it includes the points of view of Rachael’s lovers, Aaron and Alonzo. After reading reviews of SistaGirlz Book #1 Livin' Just Enough: Rachael's Story, I came across one review that had several good questions about LIVIN' that honestly could only be answered by Aaron and Alonzo since LIVIN' was solely from Rachael's point of view. WHAT HE DID not only gives you more insight into the characters, Aaron and Alonzo, but it also gives details that will be further explained later in the SistaGirlz series.

AUTHOR'S NOTE: If you didn't purchase your copy of SistaGirlz Book #1 Livin' Just Enough: Rachael's Story from Leanpub, you have the ORIGINAL manuscript sans "Aaron" and "Alonzo"'s side of the story. Email me at LeaMishellInk@gmail.com to get a coupon for a FREE COPY of the What He Did For Her Love Edition! 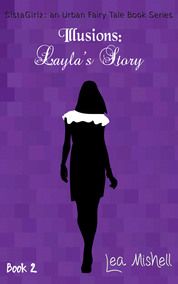 In the second installment of my SistaGirlz series, we pick up where LIVIN' JUST ENOUGH leaves off as we meet a new SistaGirl, Layla Michaels. Beautiful and ambitious, Layla wasn't searching for love when Nicolas Hayes came to her rescue. Good Samaritan or not, Layla's twin sister Kayla doesn't think Nicolas (or ANY man for that matter) is good enough for her twin and she sets out to prove she's right. Will Layla and Nicolas' love survive Kayla's attempts to break up the happy couple? 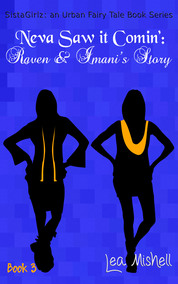 In the third installment of my SistaGirlz series, we meet two new SistaGirlz, twin sisters Raven and Imani Powers. Cousins by marriage of the original SistaGirl, Rachael Wallace, we are introduced to Raven and Imani as teenagers and follow along into their adulthood as NEVA SAW IT COMIN' continues the SistaGirlz storyline. Similar in their love troubles but different as night and day, Raven and Imani keep each other grounded during the storms of their love lives as they both navigate the ups and downs of love and relationships with the guidance of their cousins Alonzo and Rachael. 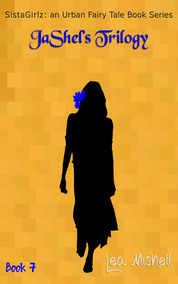 Woo honey chile! Our SistaGirl JaShel wouldn't trade her Babies for nothing in the world but those ex-husbands though! The second trilogy in the SistaGirlz series, JaShel's story is made up of three parts: Part 1 - The Faithful Cheater, Part 2 - Behind Closed Doors, Part 3 - Wifey. 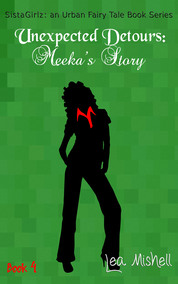 TaMeeka "Meeka" James' life hasn't been the easiest but she'll be the first to admit the part she played in it as she dealt with infidelity from her first love, Darius Price, who wavered between her and his first love, Angela DeVille. Forced to stop hurting herself by loving a man not willing to be faithful to her, Meeka chose to pour her love for him into their child. It isn't until she meets Charles "Chico" Banks that she learns to love herself again. Happily married to Chico, Meeka thinks life can't get any sweeter until the return of her son's father, Darius, proves otherwise. With unfinished business left on the table, Darius makes it his mission to reunite with his family. As if her ex's return wasn’t enough drama but a blast from her past is a little too close for Meeka’s comfort! 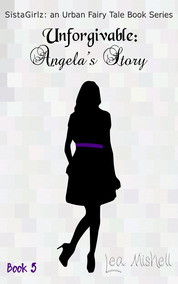 The fifth book in the SistaGirlz series brings up the "taboo" subject of POLYAMORY. Born and raised to love freely, Angela DeVille wasn't like most of the girls in her neighborhood. Encouraged to go for what she wants in her life, Angela navigates the ups and downs of trying to find love with her partners Darius and Devin.