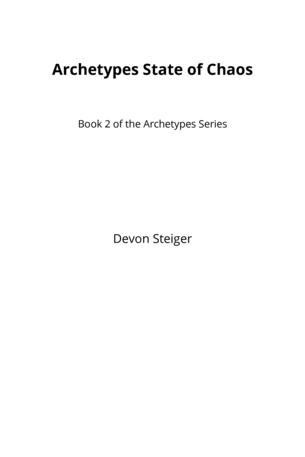 Book 2 of the Archetypes Series

Most of the command staff members are dead, other key members are missing-- the civilians know of the Archetypes & are launching their own inquiry... Hands were played that none saw coming: the game is no longer in play. It is now all out chaos.

NB: This project has not been abandoned-- life has gotten in the way since last Autumn. Project is projected to resume Q1-2 2017

This section is under construction!

Sequel to Archetypes: State of Play.

Drafting is still undergoing after NaNoWriMo. This book will be periodically upated with rough work as time goes on. All work will be DRAFTS. There will be hardly any editing of this book until after it is completed in draft form.

-Some typos and other errors were fixed in original launch material.

Picking up right after the end of book one, Emile and Alpha Squadron must now deal with the new world they are thrown into. with the first hybrid in the hands on the enemy and their existence made public, they must learn to cope and deal with their new jobs. Max does his best to lead his team of misfits who are now down their XO. Civilian pressures are high now that they know of "superhumans" amongst their midst. Emile now leads all special forces and covert ops, his cover for managing the Archetype task force which he co-leads with Max.

Their job is to investigate cases that are cause for concern, neutralise targets that cannot be converted, and recruit those they can to their cause. However, their first priority is to fix their own problems before they can ge the show on the road.

Chief Inspector Ricardo is back to make extra work for the military as the civilian authority in place to determine what exactly lead to the death of eighty percent of the West's command staff, he is out for blood, Emile's blood, and will stop at nothing to bring his man to justice.

The fate of Diangello remains uncertain, as does Lucy's. 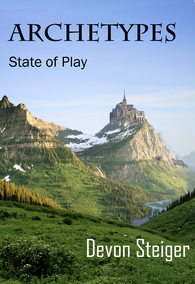