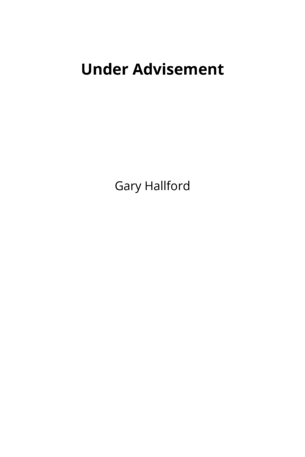 This book is 15% complete

The Quân Bình Tân section was Sean’s most favored portion of Saigon because it was close to the airport, but for this trip it was more prudent to stay closer to the riverfront. Since he had all the connections there, he knew a younger woman who had a small apartment in Tân Thuân, a district close to the Nha Be tributary of the Mekong River. According to Sean, she had been a very highly trusted girl during the final years of American involvement and had helped evacuate some of the American servicemen’s families prior to abandoning the United StatesEmbassy.

She was only three years older than Dennis so their acquaintance would seem reasonable and she could easily serve as a guide and interpreter as necessary. Cuc Nguyen had received very little formal education, but spoke English, French, and Hmong, along with nativeVietnamese.

Sean had discussed this arrangement with Dennis prior to their entry, but was reluctant to give many details. She was supposedly an MI-6 asset, but may also have connections with CIA and any other agency who had money to spend. According to Sean, she was seen as moderately trustworthy, but Dennis had a really bad feeling when he met her the first time. She reminded him of almost every port city prostitute on Earth: her quality of service would depend entirely on the amount of money traded and whether or not she had other clientele. He thought it a bad idea to utilize her, but not knowing anyone in Vietnam, agreed with Sean’sselection.

Much like Beirut, Dennis was using Canadian documents, and the entry stamp had been forged in Kuala Lumpur. He and Cuc were uneasy with each other, but Sean thought that it could be put into beneficial use as if Dennis was here to marry the girl, like so many others before. Though he was only able to bring a few favorite Canadian sports team jerseys, it was good tradecraft to make yourself look different rather than trying to blend in. Later, during a visit to one of the market areas, he purchased a few touristy looking locally madeclothes.

However, their initial meeting did not start of verywell.

“What the fuck she sayin’ Sean? Something about me not being Canadian?” “Yeah. Bạn không được trả tìên đế đặt câuhỏi.”

Cuc glared at Sean and muttered something indecipherable, then wandered into adifferent

“What was that all about?” Dennis asked. “We still coolhere?”

“I just told her she wasn’t being paid for asking questions. She is not happy, but should get over it soonenough.”

“Fine, but I think we should have some contingency plans. Her attitude ain’t helping matters.” “True enough. I know another girl for you to wander with. Smart, but not quite as well skilled.” “All I need is to find the target and where he’s vulnerable. All the chick needs to do is translate and look pretty. The rest ishandled.”

Sean nodded and stepped toward the door. “When I get old enough that I can’t handle the winter cold, I may just come back here. Any place that hovers between 85° and 95° fits an old man’s needs. You ought to consider it somedaytoo…”

This is a complicated journey through an indivual's path and some of the characters he meets along the way. Due to the regions and situations depicted, several languages are in use. English, quite natuarally, is the predominate one, but French, Russian, and Vietnamese are common, but German, Arabic, and Spanish will come into play. Most of the conversations are not translated, but can be easily done so using Google or Bing translation tools on your computer or cellphone.

Please not that this is an actively evolving work and additions occur whenever an opportunity presents itself. I anticipate it being completed this summer.

We might choose to call this fiction because I am the only surviving character. Upon completion, a myriad of disparate characters will be explained and utilized in an odd array of human interactions. There are no heroes; only varing levels of villians, victims and antagonists.

Gary William Hallford will complete a B.A. in Creative Writing from San Francisco State University in 2020, as well as a B.A. in Communications from Southern New Hampshire University. Primary focus has been on creative nonfiction, but an interest and talent as a playwright has emerged of late.

He has been published in assorted strange publications including Cry Justice Now! #35 (Banned by Missouri Department of Corrections as a "Security Threat"), and a Communist newspaper in Delhi, India (published in Hindi), with his essay appearing in English. Two chapters of an as yet not completed book called "Under Advisement" have been published in Sutro Review, Vol. 1, No. 1, as part of the San Francisco State University English department. A wide range of poems have been displayed at the Cathedral of Saint John the Divine in New York City, and assorted other venues.

This "About You" portion will evolve as more publications and works become relevant.

The Innocence Project provides pro-bono post conviction legal assistance to individuals who are seeking to prove their innocence with DNA testing and works to enact the reforms needed to prevent wrongful conviction and incarceration.

The Innocence Project was founded in 1992 by Barry C. Scheck and Peter J. Neufeld at the Benjamin N. Cardozo School of Law at Yeshiva University to assist prisoners who could be proven innocent through DNA testing. To date, more than 335 people in the United States have been exonerated by DNA testing, including 20 who served time on death row. The Innocence Project’s full-time staff attorneys and Cardozo clinic students provide direct representation or critical assistance in most of these cases. The Innocence Project’s groundbreaking use of DNA technology to free innocent people has provided irrefutable proof that wrongful convictions are not isolated or rare events but instead arise from systemic defects. Now an independent nonprofit organization closely affiliated with Cardozo School of Law at Yeshiva University, the Innocence Project’s mission is nothing less than to free the staggering numbers of innocent people who remain incarcerated and to bring substantive reform to the system responsible for their unjust imprisonment.