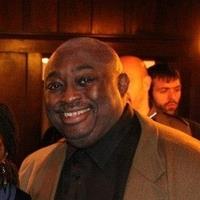 Born and raised in Cleveland, Ohio. James Moorer started his career writing at a very early age and had written and produced his first original stage play while still in elementary school, a feat largely unheard of at the time. He was a published poet by the age of 18, entering an early work in the New Voices in American Poetry in 1980.  James studied Journalism at The Ohio State University and soon found himself involved in the film program the university offered. But budget cuts saw the end of the curriculum before James had a chance to truly explore his talents there.

James found himself in shifting from words to music, working as a disc jockey on AM radio and then learning music production. He began a successful career producing music for fitness competitors and bodybuilders which led him to score music for the Arnold Schwarzenegger Fitness and Bodybuilding Show. Over the years James has also worked as a voice-over artist on shorts, independent films and the animated film, Ajamu Frasier’s, MON-KEY.

But writing would soon make a comeback in James’ life. After a chance meeting with Kevin Murphy, owner of Strateia Animation, James once again caught the writing bug and for a year worked as a freelance writer for Hasbro, maker of the Transformers franchise. This led James to delve back into writing for the film medium and he wrote and produced the short, THE GIRL IN THE RED SHOES. From that film, James formed 808 Productions along with Murphy and director William Lee. James made his indie feature and on-screen debut in the film SEASON OF BLOOD.  It was then James made the decision to go to the one place he felt would help him define his talent as a writer, Hollywood. After a powerful weekend attending the Robert McKee’s STORY seminar, James determined his dreams would only be realized by moving to Los Angeles.

Now as an Actor/Writer/Producer, James is currently developing a number of shows and has several television projects optioned as well as looking preparing for his directorial debut in 2014. 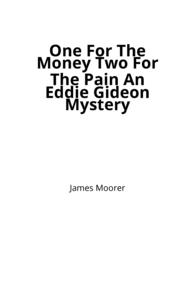 One For The Money Two For The Pain An Eddie Gideon Mystery
James Moorer
Leanpub requires cookies in order to provide you the best experience. Dismiss