While in his early twenties, Robert was able to combine his desire to tell stories with film (he still has his 16mm Bolex camera) and his love of astronomy when he was hired by the Planetarium Dow in Montreal. Over the next 20 years he produced planetarium shows in Montreal, Toronto and Winnipeg. During his 8 years in Toronto he learned how to be a spokesperson for the McLaughlin Planetarium. Then he was off to direct the Manitoba Planetarium in Winnipeg for a decade. While in that city he was elected president of Winnipeg AM, and then president of the Convention and Visitors Bureau. He was appointed the honorary chair of the Cross Canada Science fair, and later elected president of the Canadian Nature Federation. For a year he was the Interim CEO of the Marmot Recovery Foundation. Along the way he has performed several radio series and written a newspaper column. Since 1989 he has been a consultant working out of Bowen Island near Vancouver, British Columbia, Canada. In 1998 John and Miriam Carver trained him in the process to implement Policy Governance®. Robert is a founding partner of The Xylem-Group. Currently (2014) he is the president of BC Spaces for Nature. Ballantyne & Associates 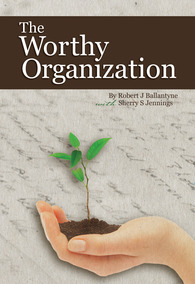