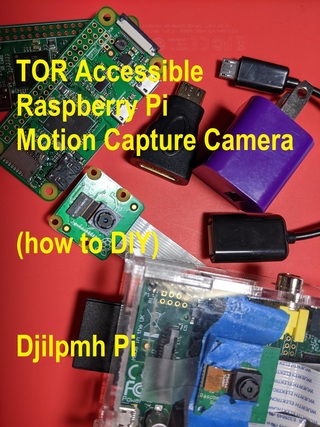 Make your own TOR accessible video monitoring camera on a Raspberry Pi SBC!

This book gives you the key steps in setting up your own remote video monitoring camera running on a Raspberry Pi camera. Remote access using TOR has good security features that are presented including 2FA/TOTP for console access. Using a TOR browser you can view the live video feed from a remote location without revealing the address to the network service provider. TOR hidden services are designed to obscure the physical location of the server. Write me at "Contact the Author" link and tell me about your interest in this subject, and I can give you a coupon for a free copy of this book.

Djilpmh Pi has been observing and making note of how Shadow IT has proliferated in many areas, and some of the most egregious examples are presented in his book "Shadow IT". While he does support the idea that "there are no stupid questions" he draws the line at "you can do that now?". Well yeah! Instead the question should be framed: is it bad or dangerous to me, how can I stop it, and what needs to be done to head off these situations in the future? Each type of Shadow IT is briefly described, suggestions on how to block it, and some observations to provide context and further background. Hint: company leadership needs to actively guide the vision and direction of how technology will be used, instead of forcing workers and developers creating and using new and innovative products and services to fight with traditional IT and security groups. If that wasted energy were put to collaborative effort everyone could benefit.

For other work by Djilpmh Pi in the areas of privacy and the legitimate use of TOR see https://about.me/djilpmh . 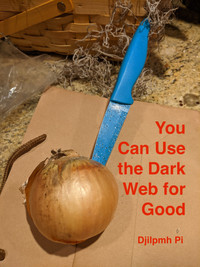 You Can Use The Dark Web For Good
djilpmh pi 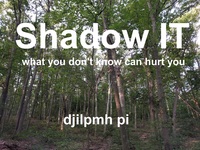