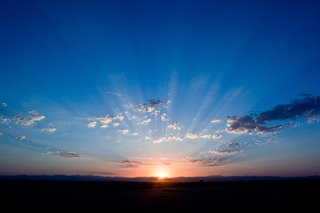 Tales of a Brighter Future Volume 1

Tales of a Brighter Future Volume 1

All in one delicious volume. Buy now for the maximum tastiness.

Welcome to the anti-dystopian collection Tales of a Brighter Future, volume 1. It's the first three parts of what was originally a projected six novella venture where I wrote on various themes set in the near future, looking at how people escaped the ecocide and built a fairer world where everybody got fed, educated and housed.

So you hold here the end result of several years' work. I wanted to create an alternative to the dystopoan doom and gloom that seems so prevalent in fiction at the moment. I am a socialist and I think the final death throes of late stage capitalism finally running out of its own tail to eat have created a strong current in our society that makes people think the world is going to end. The world is going to end, if by that you mean the late-stage capitalist world. As Rosa Luxemburg said, it will descend into Socialism or Barbarism. A more modern take is Eco-socialism or Barbarism. The current way of doing things is unsustainable. It's not up for debate.

I got into a discussion with someone who said what I was writing must therefore be utopian, rather than anti-dystopian. But the problem is utopian writing is perceived as having an undercurrent of impossibility.

I'm simply advocating for a world where people's needs come first, and the evil god of endless accumulation is buried, after having its heart torn out and eaten by the hungry millions. A world where our understanding of complex systems is used to help us carefully create something beautiful and worthwhile that doesn't waste human potential or destroy the things that sustain us. A world that's beautiful and loved by the people living on it.

In the 20th century, and even more so in the 21st, humans have finally gained the tools to understand how to build systems that work properly, starting from needs and making sure nobody is left behind. But we have a society that is unaware of this, and is a living demonstration of a dictum often attributed to Einstein: Doing the same thing over and over while expecting different results is a sign of madness. A tiny number of lucky mediocrities lording it over the rest of us is indeed madness.

Each work stands alone, and there are often chapters that are prose poems thinking about the nature of the mind and other topics that have always interested me. Until about 10 years ago I was a practising Buddhist. One day I couldn't recite the mantras any more. I was done. I know I'm not an enlightened being, but I also know you can't force it. My scientific bent of mind couldn't (or didn't want to) deal with the contradictions. I also could no longer turn away from the suffering all around me and felt I needed to turn back to the world, even if it's only writing these simple tales. So here we are, dear reader.

This work is unabashedly anarcho-socialist in bent, and doesn't take any prisoners in terms of people who want apologia for capitalism. I know there is a better way, and I know we can find it if we work together. The world does not spring fully-formed from one person's vision, but if we can share stories that help us understand change is possible, and even relatively easy, then I have achieved my goal.