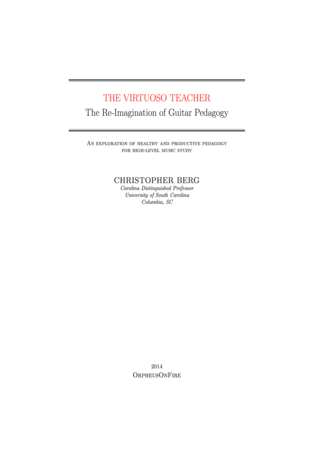 The Re-Imagination of Guitar Pedagogy

Christopher Berg
This booklet contains advice for developing and maintaining strong, healthy, and productive relationships with applied music students in the one-on-one lesson setting, as opposed to recycling the way the teacher was taught. Although written by a guitarist, it applies to any high-level instrumental or voice teacher wanting to do right by those under their tutelage.
$7.99
Minimum price
$7.99
Suggested price

The Virtusoso Teacher examines the teacher/student relationship in classical music training and questions many of the default assumptions about how teachers approach their work, which is often based upon either their own experiences and talents, which may not be aligned with those of their students, or pedagogical traditions that have outgrown their usefulness.

It is not a manual of strictures of what to do or what not to do, rather, it is a series of essays and observations designed to interact with one's own experiences, eventually allowing the possibility of making even better choices for your students. 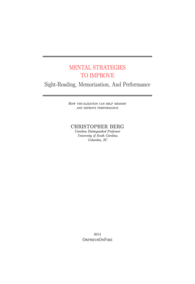