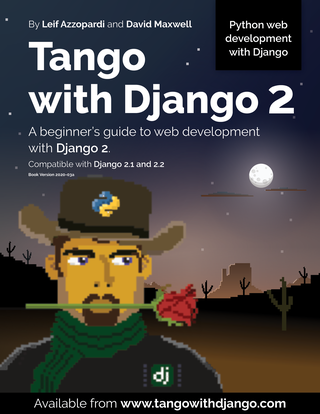 A beginner's guide to web development with Django 2.

There is a new edition of this book available:
Tango With Django 4
$7.99
Minimum price
$7.99
Suggested price

The new edition is now available! Check out Tango with Django 4!

This is the fourth edition of Tango with Django which has now been heavily revised and upgraded to make use of Django 2.x using Python 3.x. The book was first launched in October 2013 by Dr. Leif Azzopardi and Dr. David Maxwell while both were teaching web development at the University of Glasgow. The book has been used as the course text ever since, with literally thousands of undergraduate and postgraduate students using it over the years. Previous editions of the book are freely available at: www.tangowithdjango.com which has been used by over two million visitors!

In this edition you will learn how to build web applications use Django by building a simple app called Rango, a directory of categories and links. Through the process you will learn how to setup your Django projects, create models, views and mappings, as well as user authentication, templates, class based views and testing. Throughout the book, we provide workflows to get you into the Django mindset, reducing the learning curve, explaining the hows and whys of software development, and advocating best practices when developing your web apps. In addition to how to develop with Django, we've included chapters that explain how to incorporate CSS and Twitter's Bootstrap, Javascript and JQuery, and how to integrate external services, like Microsoft Azure's Bing Search API. We also cover how to deploy your Django application to PythonAnywhere.com.

So, if you want to learn Django and build web applications, then Tango with Django provides an all round end-to-end guide for beginners.

Running a class and want to use our book? Get 15 copies at a discounted price (equating to $10.60 per copy) to give to your students! 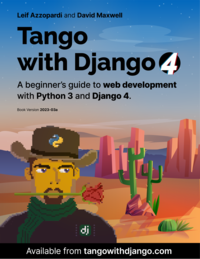 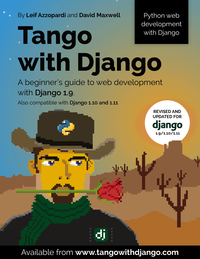