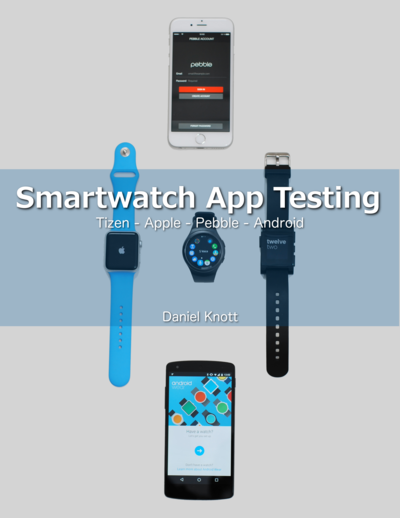 The following topics will be covered in this book:

After reading this book you are able to handle the different smartwatch platforms. With the help of the provided test ideas and the testing cheat sheet, you know how to test smartwatch apps effectively.

Daniel is a mobile testing expert working as Lead Software Test Engineer at XING’s Android team. He started his software testing career in 2003 as a trainee at IBM. After his time at IBM, Daniel studied computer science with a focus on software development and testing. Since 2009, Daniel has worked for companies such as Accenture, AOE and XING. In several agile development projects he tested web, desktop or mobile applications. However, mobile testing became his passion and since the beginning of 2011 he is working in the mobile development and testing industry. He worked and is working with several mobile test automation tools such as Robotium, Calabash for iOS/ Android, Espresso and Keep It Functional. With the help of this tools, he developed a fully automated testing environment for Android and iOS.

Daniel likes to share his knowledge and therefore he started to share his experience on his blog www.adventuresinqa.com as well as in several testing magazines. Daniel is a well-known mobile expert, a speaker at various conferences in Europe and since 2014, he is the author of the book „Hands-On Mobile App Testing“, more information about the book can be found at www.handsonmobileapptesting.com. Next to his day to day job, Daniel is supporting the Mobile App Europe (http://mobileappeurope.com/) as program chair and is organizing a mobile testing meetup in Hamburg.

Get in touch with Daniel: