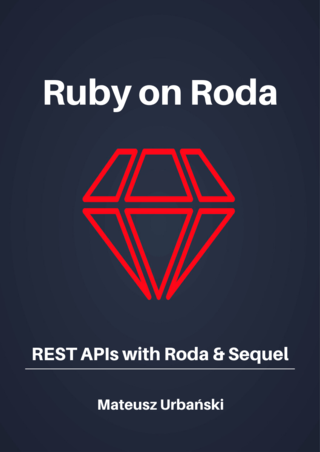 If you've been looking for an alternative to The Rails Way, this book is for you. It will change the way you think about designing and implementing web applications with Ruby. It shows patterns, techniques, and tools that you can use to deal with growing complexity, better organize and documenting your codebase.

Learn how to build a maintainable JSON REST API by using the Roda and Sequel and dry-rb set of gems. Move away from messy, traditional Rails code and move towards crisp, clean code.

Roda is a routing tree web framework toolkit. It is built in a similar way to Sequel - a small core, extendible through plugins. This book shows how easy it is to assemble a custom, full-stack framework built from smaller components that Roda provides. This flexibility gives us an opportunity to organize the code in all kinds of ways and the book shows one of such ways.

A passionate software developer that is looking for alternate ways of building applications using the Ruby programming language.