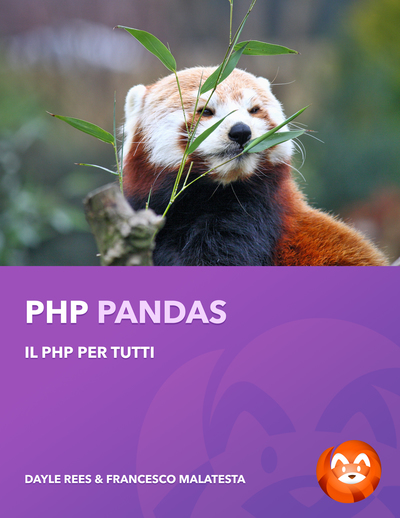 This book is a translation into italiano of PHP Pandas (PHP7!) which was originally written in English.

Francesco is a 26 years old Web Developer from Vasto, in Italy. Loves PHP, Food, Travels. He also writes for HTML.IT (the first Italian website about programming and web design) sometimes.