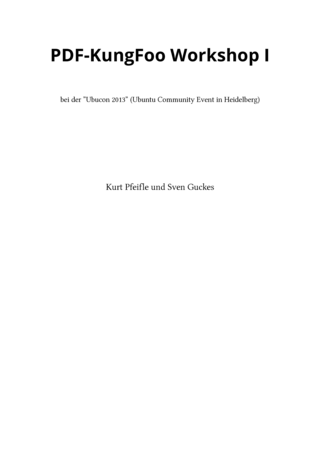 Kurt has been coined "The Walking PDF Debugger" by several of his regular clients. They are right. Many of his problem solving skills in the last 10 years involved troubleshooting PDF processing systems in the Printing and Prepress Industry.

Kurt is a professional with more than 20 years of experience. After working for nearly 3 decades with the same employer (who in the process had 4 different names due to company mergers) he decided to freelance.

When working with customers, he prefers to use Free and Open Source Software whereever it works best. He is a commandline addict. As operating systems he prefers unix-oid types like Linux, Mac OS X and Solaris, but he is just as familiar with Windows and its cmd.exe too. These preferences were not pre-determined from the start: up until 1998 he used Windows 95 exclusively. His first tentative adventures with Linux started in that very year. In 1999, still very much a newbie with Open Source, he became one the first users and beta testers of a new printing subsystem called CUPS (Common Unix Printing System). In the following years, CUPS very fast became the pre-dominant printing interface in the Linux and Unix world and has meanwhile been adopted and even acquired by Apple for Mac OS X.

Kurt's "career" as an author of technical documentation started when he helped users with technical questions about printing in different internet forums and contributed written documentation to various FOSS projects, such as Samba, Linuxprinting.org and KDE.

Kurt is available for contract work: 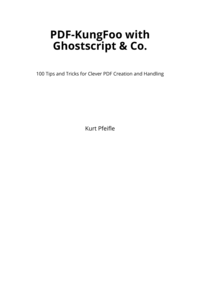 Most Leanpub books are available in PDF (for computers), EPUB (for phones, tablets, and Kindle). The formats that a book includes are shown at the top right corner of this page.