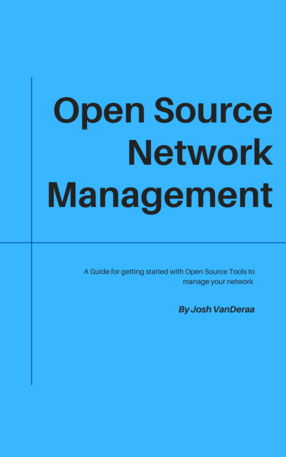 A step-by-step guide for getting started with open source network management tools.

This book is 93% complete

Looking to get into modern network management tools that are in the open-source? This is the place for you. This will get you up and running quickly with modern tools such as Nautobot, Grafana, Prometheus, and Hashicorp Vault. This is the modern stack that is being deployed by many of the largest companies!

This will take you through setting up on a single host that would be able to scale to a small deployment. Overall this will be something that can be replicated and with a little additional investment of time and additional resources can then be scaled out to meet your environment's needs.

This book will have additional updates and writing on additional tools over time. The tools written about are an author's choice.

The current version being released is a v0 release. In that this has most of the content, but there are still a few minor edits being processed yet. The technical content is at a ready state.

I’m a veteran Network Engineer who has finally caught on how to put together CS teachings with a Networking degree. Working on doing almost all things via automation.

Self re-taught network/automation engineer. I’ve primarily been digging around within Ansible and Python. I’ve been doing Python networking since 2015 when a speaker came in and talked about how he had put together a NOC for a conference heavily leveraging automation capabilities via Python. Since then I have been going deep down the rabbit hole that is Network Automation.