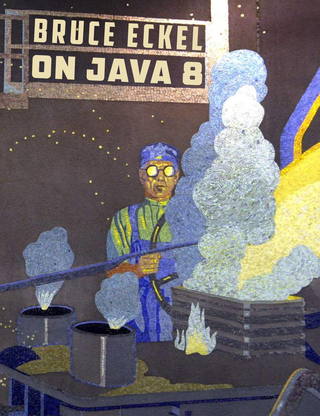 By the author of "Thinking in Java," covering version 8 of the Java programming language (with updates to Java 17). Intended for “dedicated beginners,” it doesn’t assume you know anything about programming and takes you through the material step-by-step. However, I assume you are able to figure things out. It’s not a “dummies” or “idiot’s” guide.

This book teaches Java programming using the features in the 8th version of that language. Version 2 of the book (December 2021) adds supplements covering features through Java 17.

My previous Java book, Thinking in Java, 4th Edition (Prentice Hall 2006), is still useful for programming in Java 5, the version of the language used for Android programming. But especially with the advent of Java 8, the language has changed significantly enough that new Java code feels and reads differently. This justified the two-year effort of creating a new book.

Each chapter teaches a concept, or a group of associated concepts, without relying on features that haven't yet been introduced. That way you can digest each piece in the context of your current knowledge before moving on.

My goals in this book are to:

1. Present the material one step at a time so you can easily incorporate each idea before moving on, and to carefully sequence the presentation of features so you're exposed to a topic before you see it in use. This isn't always possible; in those situations, a brief introductory description is given.

2. Use examples that are as simple and short as possible. This sometimes prevents me from tackling "real world" problems, but I've found that beginners are usually happier when they can understand every detail of an example rather than being impressed by the scope of the problem it solves. For this I might receive criticism for using "toy examples," but I'm willing to accept that in favor of producing something pedagogically useful.

3. Give you what I think is important for you to understand about the language, rather than everything I know. I believe there is an information importance hierarchy, and there are some facts that 95 percent of programmers will never need to know---details that just confuse people and increase their perception of the complexity of the language. If you must think about it, it will also confuse the reader/maintainer of that code, so I advocate choosing a simpler approach.

4. Provide you with a solid foundation so you understand the issues well enough to move on to more difficult coursework and books.

Bruce Eckel is the author of the multi-award-winning Thinking in Java and Thinking in C++, and a number of other books on computer programming including Atomic Scala. He's given hundreds of presentations throughout the world and puts on alternative conferences and events like the www.WinterTechForum.com and developer retreats. He lives in Crested Butte, Colorado. Bruce has a BS in applied physics and an MS in computer engineering. His blog is at www.BruceEckel.com and his consulting, training and conference business is www.MindviewLLC.com.

An Interview with Bruce Eckel 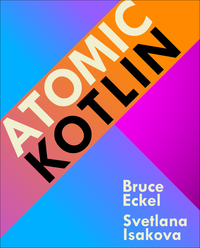