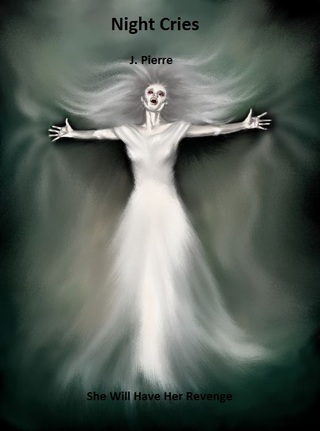 J. Pierre
The thin line between life and death, terror and revenge was breached the moment she was born. She came to pay him back for the horror of her birth. She would make him pay and pay in blood.

What happens when humanity divests itself of its humanity?  What happens to the very fabric of society when we lose touch with the very thing that makes us human?  Can society really advance itself when it looses sight of its core capacity to relate to others, care for others, and seek the ultimate good of the whole?  Erik is the epidome of the great divestiture.  He has excelled above all his race to achieve the ultimate separation from his own humanity.

In pursuit of pure knowledge and cold sterile logic, Erik has pushed the boundaries of what it means to live within a relational society.  Cold World is a world pushed to the very edges of technilogical sophistication and advancement.  In this world Erik excels, but he has had a pay a terrible price.  His breakthroughs in science have caused a severe rift in dimensional parallels that separate the dark world of lost dreams from reality.  His science has fueled the great divestiture and this has advanced the deterioration of the dimensional gateways between the dark realm and his world.  Nightmares and defects of exercised emotions are beginning to pour through the rift, and one wretched being seeks revenge on Erik.  She has no name but she knows Erik and she was born in pain through his manipulations of the dimensioanl causeways.  She can only find peace through his death and she wil pursue him througout the timestream to end his life and find rest.

Erik, faced with the greatest terror and threat he has ever faced, is forced to flee to earth in an attempt to draw her energy away from Cold World and trap her there.  If he succeeds, Cold World will survive.  If he fails, the lives of millions will be forfiet as the dark realm merges into one space in time with Cold World.

John hails from the small town of Dover in Delaware.  He has travelled extensively and sampled the many cultures of the world along with their various perceptions of life and death.  His diverse background as a doctoral candidate, United States Marine, ordained Elder, father of five and husband of 30 years has uniquely equipped him to respect the true nature of the human condition.  He has lived and worked in over a dozen foreign countries and has lived in not a few states in the south and western United States.  His imagination