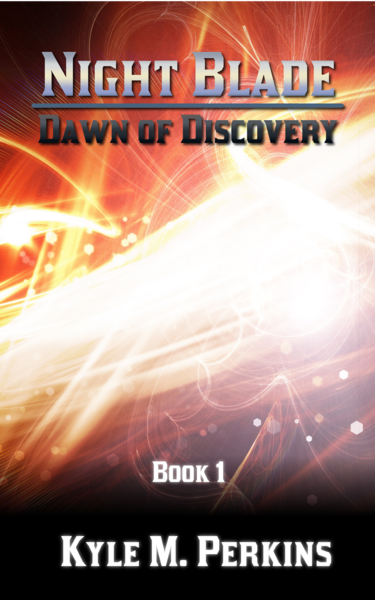 Being a son of a cat demon and a human isn't all it's cracked up to be. As a half-demon, Niko has a unique ability: he can control his demon transformations. However, while he is participating in a Martial Arts tournament, where the best of the best are competing. During his last fight with the last opponent he would expect, his demonic powers become uncontrollable.

Meanwhile, Chisai Konami is falling asleep in class... again, when a sudden illness causes her to collapse, and change into something new: a synthetic cat demon.

With the help of the mysterious Lord Tora, who helps Chisai control her newfound powers, and allows Niko to uncover a powerful attack, these two begin on a new quest to pay him back. However, when danger arises, will these two half cat-demons be able to bring their "A" game? Read the Prologue Now!

When he's not writing story lines or scripts for upcoming novels or mangas, Kyle M. Perkins usually designs, develops, and hand-codes web-based services using a mixture of multiple web languages, including PHP, MySQL, HTML, CSS, jQuery, and more, as he has been doing since 2001.

Although this is his first official novel, Kyle is also working on storylines for various mangas titles, including such titles as Crystal Blaze, All Souls Crescent, Phoenix Eye, and Omega Noir, all produced by Lunar Productions, a small studio run by him and Keat Cahoon.

As a 2nd Degree Black Belt in Tae kwon do, Kyle has many years of experience in the martial art, including becoming State Champ in Weapons for 2 consecutive years, and a Level 1 Instructor for the American Taekwondo Association.

Kyle thoroughly enjoys watching sci-fi and anime series, with his favorites being “Star Trek: The Next Generation”, “Doctor Who”, and “Sword Art Online.”

Kyle lives in Waynesville, NC, with his fiancée, Martha “Keat” Cahoon, and their three cats, Niko (yes, the name is the same), Chi, and Maru.