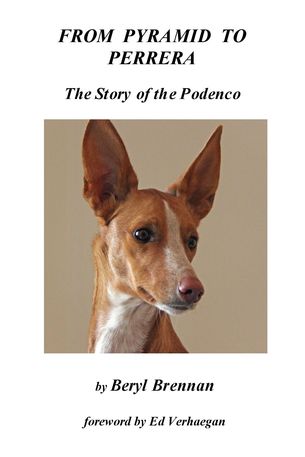 The Story of the Podenco

Beryl Brennan
The definitive guide to the plight of the Podenco - there's no other book which covers all aspects of a podenco's life, in Portugal, on mainland Spain and on the Canary and Balearic Islands. It's time the world took notice of the podencos - this book speaks for them.
$11.99
Minimum price
$11.99
Suggested price

FROM  PYRAMID  TO  PERRERA

The Great Forgotten – The Podencos’ Tale

for all animal lovers and those with a social conscience.

Revered by the Pharaohs, treated as vermin in modern-day Spain

The book tells it all: real-time events and specific facts about the Podencos,

related conditions in Spain that are not for the weak-of-heart,

the heroic work of volunteers,

the adoption process and just about every related fact from A to Z.

Journalist and writer, I've been involved in publicising the terrible conditions in which the Spanish hunting dogs are kept and the appalling waste of life at the end of the Spanish hunting season.  Podencos and galgos abandoned in their hundreds of thousands, possibly as many as 150,000 every year, I exaggerate not!  every year.  Because the Spanish hunters will not keep a dog during the off huntins season - that's 8 months of every year.  Spain needs to move on from the Middle Ages, the Inquisition and Franco periods in Spanish history are long gone.

The Spanish governments, neither national nor provincial, stick their heads in the sand 'there isn't a problem'.  Abandoned dogs isn't a vote catcher...but it is a blight on Spain and the beauty that could be Spain if it weren't for the starving abandoned and injured dogs everywhere you look.

Podencos are the most used hunting hound on the Spanish mainland, on the Canary Islands and the Balearics - Mallorca and Ibiza.  The world should know about the miserable lives podencos are forced to live, the terrible deaths they are forced to face - El Hierro - hunters throw their podencos alive over the cliffs into the sea!

You've guessed it - I'm passionate about podencos and now I tell the world what goes on behind the glitter of Spanish cathedrals and golden beaches.

Podencos have changed my life, I hope you will take them into your heart when you read about them.

For over 8 years I have been rescuing podencos and learned about their sad lives in Spain and founded an association Podencoworld to help them and to raise awareness. Over the years we have rehomed some 800 – 1000 podencos. According to several Spanish hunting websites, the podenco is the most used and most popular hunting dog in Spain. The consequence is that there are tens of thousands podencos abandoned, neglected, abused and killed each year. The shelters are overcrowded, perreras are full with abandoned podencos and if they end up there they will be sacrificed. In fact many perreras are in private commercial hands, minimal care is offered to the animals and they get rid off them in the cheapest possible way. Every rescued podenco is one life saved and when you see their metamorphosis from an anxious broken soul in a proud happy podenco, I still get a lump in my throat and I know it is all worth it 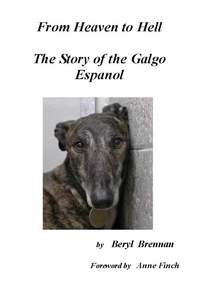 From Heaven to Hell
Beryl Brennan 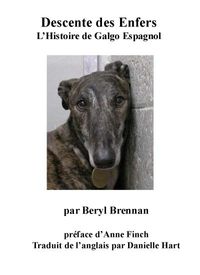 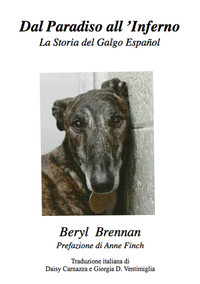 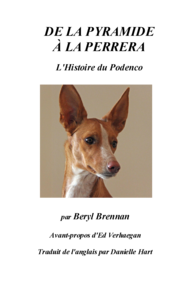