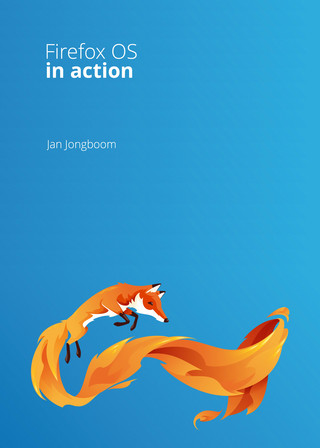 Jan Jongboom
Firefox OS in Action is the definitive guide for anyone who wants to build applications for Firefox OS. It teaches you how to create great looking, responsive and functional applications from the ground up. In the book you'll find sensor usage, animations, design, offline usage and much more.
Free!
With Membership
$7.99
Minimum paid price

Firefox OS in Action is an amazing guide when you start to develop Firefox OS applications, and a great reference guide when you are already an experienced developer. You'll learn about all the important aspects required to build quality mobile applications, from sensor usage to offline availablity, all targeted at Firefox OS developers. The book is divided into two parts: first three chapters where we go from creating an application, to testing and debugging it, and publishing it in the marketplace. The other chapters focus on one specific subject (f.e. sensor usage) and can be read in any order.

Jan Jongboom has been a Firefox OS Core contributor and Firefox OS evangelist since early 2013. He gave workshops on three continents and trained two dozen Firefox OS trainers. He's working for Telenor, one of the first telco's to ship Firefox OS devices. Besides community he also wrote hundreds of patches for Firefox OS and various other open source projects.