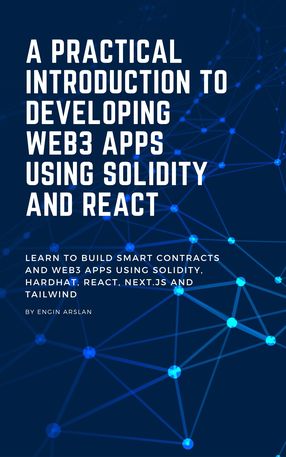 I have spent many weekends learning as much as I can on writing smart contracts and developing applications on the blockchain. I wrote this short and accessible book to share my learnings and show you how to build a Web3 app powered by a smart contract from scratch using Solidity, Hardhat, React and Next.js.

Imagine building a project with someone. You are planning on monetizing this project by accepting payments in cryptocurrency. You would want to distribute the earnings fairly in between yourselves. Partnerly.co helps you do this. It is an app that helps you create a smart contract on the blockchain that can distribute the collected payments between two (or more) parties in a predetermined split ratio.

In this short book, I will share how I built Partnerly from scratch with you. First, we will learn how to create the smart contract that can be deployed on the Ethereum blockchain using Solidity and following the TDD methodology. Then, we will be looking at building a front-end for this contract using React in Next.js.

I am not a Blockchain developer. In fact, I am just learning this stuff myself. However, I am a software developer and an educator who taught programming from scratch to thousands of students. I can't claim that you will become a Blockchain development expert by just following this book, but I am pretty confident that you will learn practical skills that will make this a valuable stepping stone in your journey.

Hi there! ? My name is Engin Arslan. I am a software developer based in Berlin. Before becoming a developer, I worked as a visual effects artist / technical director on films and TV shows, including Resident Evil 4, Tron, Mama, Pompeii, Vikings, and Strain. I received an Emmy Nomination and won a Canadian Screen Award for my Visual Effects work. During my time in VFX, I fell in love with Python and with programming in general. As a result, I have taught myself web development and changed careers to immerse myself completely in software development. Currently, I am working as a senior front-end developer at Shopify. I am also an author for a couple of online courses, such as 3D Graphics on the Web and Coding for Visual Learners on Linkedin Learning. I was a part-time professor at Seneca College in Toronto for 5 years, teaching programming to complete beginners. I have decided to write Awesome Coding since there aren't too many sources out there that teach programming in an engaging way.

An Interview with Engin Arslan 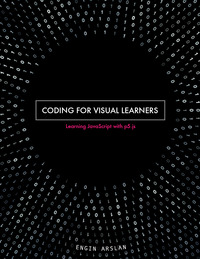 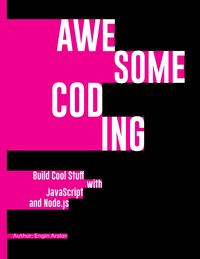