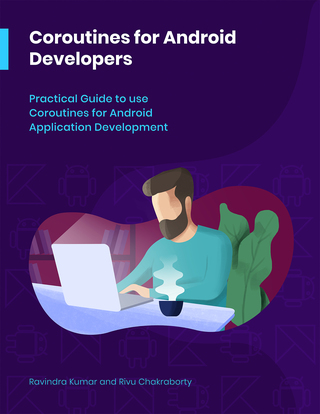 Practical Guide to use Coroutines for Android Application Development

Practical Guide to use Coroutines for Android Application Development

He has a strong interest in code quality, testing and automation - preferably all three together. Combining technical with soft skills, he also ventures into the realms of mentoring and article writing, He hates doing things manually, and hates to see src/test/java directories with Empty Example classes.

He believes that by working with legacy code, and improving it, he can make the world a better place. To his disappointment, the world does not seem to care all that much about his efforts.

He started as a Web Engineer who used to write lots of javascript, but after some time, looking for his real passion, he started his journey in mobile app development though Titanium, later he discovered the Android world. After getting some experience on such an awesome platform, he started a new adventure at a mobile company, where he led several projects for important Indian companies.

He is a pretty normal person – a husband, father of one loves cricket.

Rivu Chakraborty is a community person, an Android & Kotlin developer, one of the early adopters of Kotlin. He is presently working as a Sr. Software Engineer (Android) at BYJU'S The Learning App. He has contributed to multiple Kotlin and Android Development books including Reactive Programming in Kotlin, Functional Kotlin, Hands-On Data Structures and Algorithms with Kotlin.

He has been using Kotlin since December 2015. Rivu formed KotlinKolkata User Group, the first active Kotlin User Group in India. Before he had to move out of Kolkata, he was organizing meetups and events for both KotlinKolkata and GDG Kolkata.

Along with organizing community & events, he also speaks at events/conferences, including droidcon India 2019, DroidJam India 2018 (India's premiere Android Conference), and a number of DevFests, and a lot of local events in India.