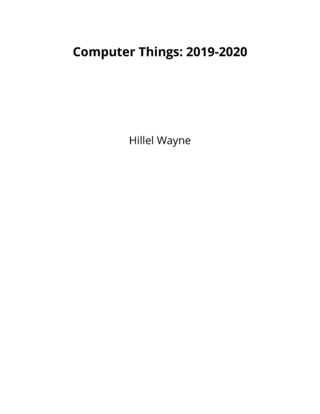 A compilation of all Computer Things newsletter essays in 2019 and 2020, including essays that were for subscribers only.

A compilation of all Computer Things newsletter essays in 2019 and 2020, including essays that were for subscribers only. Some of the public essays include:

Some of the private essays include:

Some administrative material was pruned, otherwise all essays are left as-is. Thank you for reading!

I have a blog at hillelwayne.com and a newsletter at https://buttondown.email/hillelwayne/