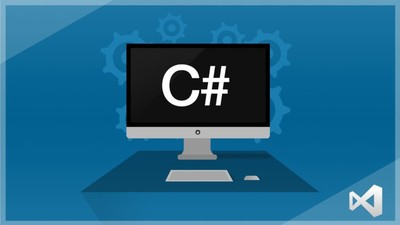 Master the Art of Writing Clean Code in C# (The Course)

Master the Art of Writing Clean Code in C#

Learn how to write clean and maintainable code in C#

Learn how to design and implement types in C# so that the other developers won't hate you when using one of the types developed by you. It means you are going to learn how to write code of the high quality: readable, understandable and reliable.

Design and Architecture Fundamentals in C#

Despite the fact that C# is a very rich on features language, it's very common to see poorly designed and implemented types in a real world. In fact, C# is one of the richest on features language among object-oriented languages in the world nowadays. But with great power comes great responsibility. It's challenging  to use all those features in a right way.

You probably have already heard the following well-known statement: most code sucks. Well, this course is all about how to produce code which doesn't suck.

Owning skills of producing a well-designed and well-implemented types is the prerequisite for the other developers to treat you as a real professional.

This course is aimed at all the C# developers, from beginners to seniors. Topics which are covered in the course are relevant for all kinds of C# developers since all developers design and implement APIs. The topics complexity is very different. There are plenty of very simple topics, and at the same time, there are topics which require from you a solid C# background. There are plenty of code examples throughout this course, so you will learn both theoretical and practical material.

The course covers the following topics:

The list is far from being complete. The course covers a great number of topics.

Enroll and start Mastering the Art of Writing Clean Code in C#!