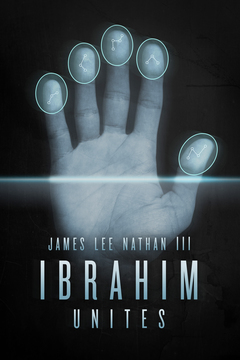 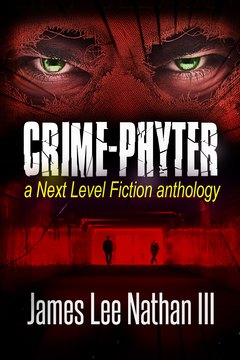 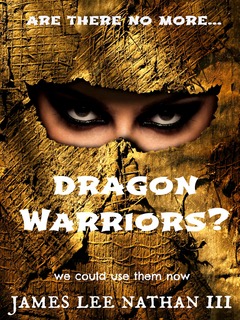 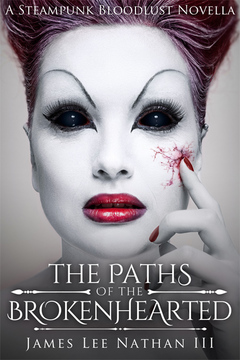 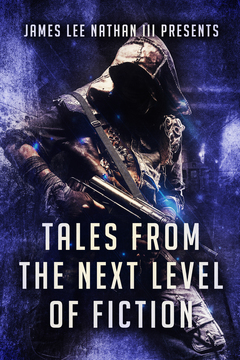 The following 5 books are included in this bundle...

IBRAHIM UNITES, CRIME-PHYTER a Next Level Fiction, Are there no more Dragon Warriors?, Paths of the Brokenhearted, and The Fictional Worlds of James Lee Nathan III

Introduces you to the NEXT LEVEL of FICTION

Five intriguing offers for readers and fans of the convention. One novel, three novellas and an anthology of the tales that make up the Next Level of Fiction experience. Ibrahim Unites, CRIME-PHYTER, Are there no more Dragon Warriors? The Paths of the Brokenhearted and The Fictional Worlds of JLN3 will take you on a non stop ride of Scifi Urban Fantasy.

Purchase this Bundle at the Convention and receive an #Allundae tshirt and signed copy of Ibrahim Unites.

Only valid during the convention and at the vendor booth, limited supplies so make sure you are in attendance early,

"Dragon Warriors accomplishes what Cowboys and Aliens wanted to be; it's a Sci-Fi Western which comes from long ago, far away, and way ahead, all the while packing an Eastern philosophical meta-punch." Jordan Margolis

Have you ever wondered why man has always looked to the stars for spiritual guidance and worship, instead of within? Have you ever imagined that visitors came to us many ions ago, and possibly influenced the primal inhabitants of earth? Have you ever marveled at the countless acts of heroism in the face of unimaginable odds and wondered to yourself "How can they do this, what motivates them to these great deeds?" Could it possibly be that the blood of humanity is also that of another race of people? These are all things you must consider as you read through the pages of this book. Where heroes, both known and unknown become more than fact, history, or legend. Come with me now as I take you on a journey of our past and future. To distant lands and long forgotten galaxies. We will start in the desert during the Crusades and end 700 years later at the death-bed of U.S. Marshal Bass Reeves. All in the hopes of identifying the descendants of Ibrahim, and possibly answering the question once and for all "Are there no more Dragon Warriors?"

Paths of the Brokenhearted

The wire read “Similia similibus curantur Similar things cure similar things.” It was no code, no hidden message. It was sent in the plain and the deeper message it revealed had the desired effect as Katherine Pettigrew ran into the foyer of their ancestral home. She stood proud and defiant and shouted “Evil ones are on the move once again and once again it falls upon us to rein them in.” She lifted her hands to the sky and turned counter clockwise. “Smoke of air and fire and earth, cleanse and bless this home and hearth. Drive away all harm and fear; only good may enter here.” This is the beginning of the end of the Vampire pure bloods.Centuries earlier, in a last ditch effort to end the Vampire revolt, they entered into a pact with a powerful witch to summon the demon that consumed their kind, Caleb, son of Lilith, the Vampire eater. The demon did his job too well, literally decimating the vampires in the east and forcing a surrender. The solution was imprisoned by the witch and the vampire pure bloods retreated to the west and the new world. Centuries later murders and vampire signs are on the rise forcing the Brokenhearted to once again take action. Pawns or puppeteers, which are they? Are vampires really on the rise? or are they being set up? What ever you believe there is one thing that is certain, Caleb will be unleashed and vampires will surely die.

This book is a consolidation of earlier novellas and novels. It serves as a primer of my work in urban drama and fantasies; science fiction and erotica. URBAN Drama- No Brakes 2 -Two party girls, a group of wise guys, and female muggers are all the prey of a sadistic killer. Their main goal is to survive the night.

URBAN DRAMA SCIFI - CRIME-PHYTER -  it is 1970 a wealthy NYC financier loses his wife and son to the crime-plagued streets of NY and takes a decade to extract his vengeance on the perps. No masks, no capes, only JUSTICE.

URBAN FANTASY SCIFI - IBRAHIM UNITES - A depressed veteran, seeks answers to his family's origins, and receives help from a mystical stranger as their destinies become aligned in purpose to thwart the rise of evil.

PARANORMAL - Paths of the Brokenhearted - The wire read “Similia similibus curantur Similar things cure similar things.” It was no code, no hidden message. It was sent in the plain and the deeper message it revealed had the desired effect as Katherine Pettigrew ran into the foyer of their ancestral home. She stands proud and defiant and shouts “Evil ones are on the move once again and once again it falls upon us to rein them in.” She lifted her hands to the sky and turned counter clockwise. “Smoke of air and fire and earth, cleanse and bless this home and hearth. Drive away all harm and fear; only good may enter here.” This is the beginning of the end of the Vampire pure-bloods.