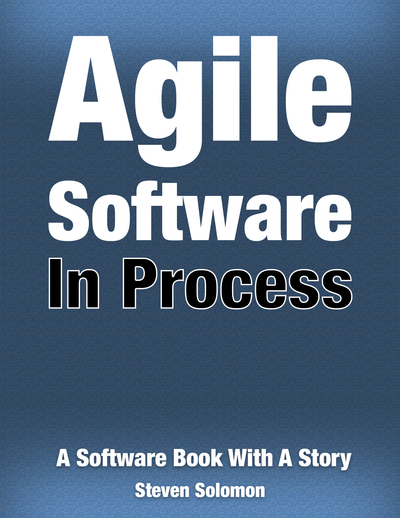 A software book with a story

We live in a world where teams are already attempting to apply the practices of agile, but the why is often overlooked. In this book I demonstrate realigning to the values of XP via a narrative. Read about a small team's attempts to deliver working software in small iterations, after a major feature deployment fails.

This book is 20% complete

In this book I show the agile patterns that I have observed via the narrative of Mike, a programmer who has struggled to deliver working software. After a major issue with a new deployment—that cost his company lots of money—leadership has decided to rehire an employee named Tim. Tim has been tasked with delivering new features while simultaneously installing agile. Along the way, both Mike and Tim are met with skeptics, difficult conversations, challenging software problems, and their own flaws, as they attempt to live out the values that are core to Extreme Programming.

A stumble (draft): The new subscription feature breaks in production

Warming up (draft 2): Tim is rehired, and shares the XP values

Joining a team (draft): Tim joins without changing their course

Reflecting (draft): The team assesses what isn't working by refocusing their retrospective on improvement

The Demo: stakeholders are given visibility into progress via a demo

The Starting line: The team is asked to rebuild the subscription feature

Planning the next lap: slicing stories, estimation, and setting a milestone

Getting winded: The team rushes but discovers there are lots of defects

Setting a pace (draft): the team adds tests as a safety net

Finishing a lap: the team hits their milestone early

Resetting: planning for the next milestone

Losing the path (draft): after John leaves the team the team begins to pair

The finish line never arrives: the team ships an MVP of the subscription feature and learns that the race keeps going

As this book is in development feedback is vital, if you want to be part of that process then checkout the forum here: https://groups.google.com/forum/#!forum/agilesoftwarebook

Thank you for your interest in this book and happy reading

My name is Steven Solomon, I am a Lead Software Engineer at Stride Consulting in NYC. I have worked on projects in various industries over the years: music publishing, finance, retail, healthcare, and education. I have learned a lot about how to apply agile values and practices in those contexts, and I want to share that experience with other engineers.