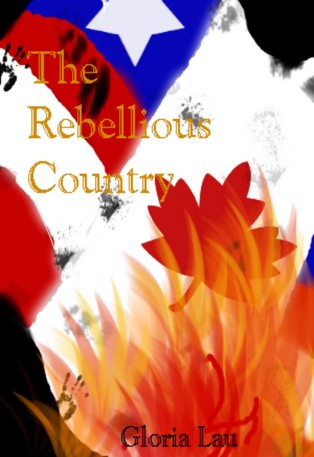 Britain Rainfell finally thought her life, though not exactly happy was stable; yet she was wrong.

Four months after the rebel attack and Prince Aspen's death. Four months after Princess Maple stopped being her friend, the sixteen year old maid was living quietly with her twin brother. She dodges the ghosts from her past, running away from her problems when she can. But when Maple comes back around, this time toting a book on history, her life changes again, but this time with hope at the end. The only history she'd ever known was the story of her and France's names. A story she could never truly verify. A fairy tale where Britain and France were once Camrida's allies before they were annihilated, a story long forgotten. Things, however, take a turn for the worst when the rebels strike again. The King and Queen are killed and France is kidnapped. France, who has never left her side.

Maple, now unexpectedly inheriting the throne and title of Queen, and Britain must work with the help of others to regain control of Camerida. Tommy Mason, an arrogant Place guard who is also looking for someone, Redekah Teale, a former village girl turned army commander, as well as others. Britain vows she will bring her brother back in one piece. And bring the rebels down while she's at it. No matter the cost