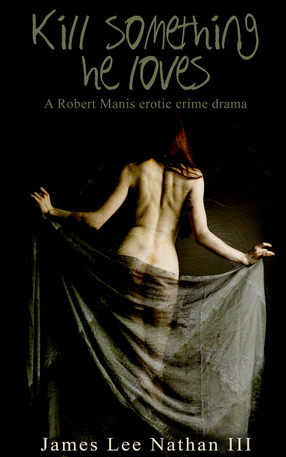 Kill Something He Loves

She thought he adored, loved, and cherished her companionship. Yet he and others have left her for dead.  Her captors keep her alive as a pet to ravage and humiliate for ten long years. She finally escapes, and now revenge.

"How do you hurt a man who has no visible feelings and kills without remorse? You kill something he loves."

For five years Director Manis has subdued international crime lords, quelled a coup from western Governors, secured the distribution of the wonder drug 'Nomescula', and all but eradicated the Carnal Cartel from the sex trades of the 22nd Century. Yet on the eve of his decision to relinquish his emergency powers, tremors of deceit and treachery are all about.

"Something is not right I can feel it, but after tomorrow, the matters of state will be someone else's problem, not mines." Or so he thought.

An absence of power at the top is prime breeding ground for arrogant pursuers of such power. Two equally evil forces are dead set on regaining control and destabilizing the establishment in Nu America and The European Alliance. But neither of them are out to kill something he loves, and that is why he won't see it until it's too late.

ACT NOW and receive these ebook bestsellers for FREE https://noisetrade.com/account/authorbook/b5c5f83d-17e7-4eca-892c-cd6a5f7ee7f4