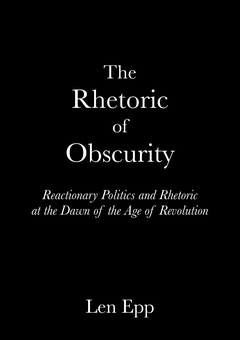 This is the first chapter of my DPhil thesis, Coleridge and Romantic Obscurity.

In this chapter, I consider the emergence of a new rhetoric of obscurity in the work of Robert Lowth and Edmund Burke, and I discuss Burke’s politicised deployment of this rhetoric in the 1790s.