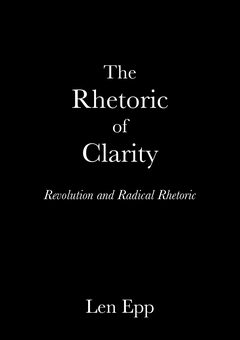 The Rhetoric of Clarity
Revolution and Radical Rhetoric
Len Epp

This is the second chapter of my DPhil thesis, Coleridge and Romantic Obscurity.

In this chapter, I show how various late eighteenth-century radicals, including Thomas Paine, Joseph Priestley, Mary Wollstonecraft and John Thelwall responded to Edmund Burke's reactionary rhetoric of obscurity with a politicised, radical new rhetoric of clarity.