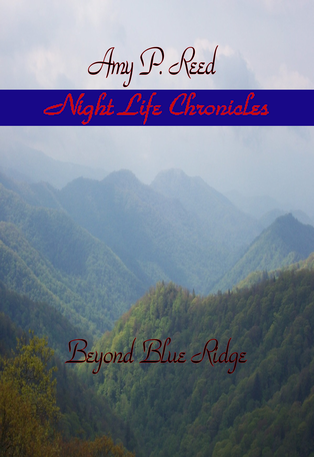 Can two people, separated by lies and secrets, find love together?

Wounded in the Vietnam War, Jonathan Gordan returns and finds his brother has disappeared after taking the last summer off from college. Hell bent on getting some answers, Jonathan finds himself deep in the Blue Ridge Mountains in the company of a lovely girl and her strange family.

Laurel Jackson is the alpha female in her pack of werewolves. Life is disrupted when a stranger shows up just as she's come into season. Being unmated and pursued by almost every unattached male in the area, Laurel is drawn to the strange man. The only problems are that he doesn't know werewolves exist and her main suitor decides to remove his competition before she chooses her mate.

Despite her secrets and lies, can Laurel find love and satisfaction in the arms of the human that has come into her life?

“If you have brothers, maybe I can bunk with them,” he suggested.

She laughed and shook her head. “They’d eat you alive. You’d be best off in here.” She finished gathering some items she would need before morning and walked out the door. “Just put your pack in there, and I’ll show you where you can get cleaned up.”

Self-consciously, he sniffed at his shirt. “I guess I am a bit rank. Sorry. I’ve been on the trail for awhile.”

She smiled. “I think you smell nice.” Blushing, she turned away biting her lip. “I mean, I didn’t mean you smelled bad or-” She stopped short and seemed to give up trying to explain what she meant.

He gently touched her arm. “Thank you. I think you smell nice too.” Now why the hell did I say that? All I need is for one of her brothers or her father to hear me hitting on her. They’d beat me to a pulp.

Born and raised in Texas, Amy has had a passion for vampires, werewolves and other creatures of the night since she was twelve and was hooked on the original Dark Shadows soap opera.

Now, she channels that passion into her own world of the Night Life Chronicles. The old myths about vampires, werewolves and other creatures of the night, don’t always apply to those living in her world.

Step into her world and be swept away.