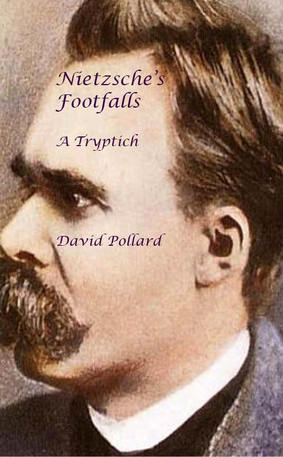 Only the day after tomorrow belongs to me. Some are born posthumously.

During the final decade of Nietzsche's life, when he was mad, his sister created an archive in his name. She placed him upstairs as a living exhibit while she beavered away in the rooms beneath rewriting his work and establishing him as a great name in the new world of Nazi Germany. Her efforts gave him a 'posthumous existence' totally at odds with his own expressed desires. While she worked downstairs, Nietzsche was sitting on his rocking chair on the veranda enjoying the view of the Ettersberg hills where, later, the concentration camp of Buchenwald was built.

This image is at the core of the novel which follows the parallel lives which intertwine with Nietzsche’s own, especially that of his sister who married an anti-Semitic agitator called Förster and went out with him to Paraguay to found an Aryan colony and later, after he had committed suicide and her brother had gone mad, returned to Germany and assiduously turned him into an icon for Nazi thinking. It follows her relationship with Hitler and, earlier, with Mussolini, and her creation of the famous archive.

Some of the other figures whose lives intersect with this story are Richard Wagner who Nietzsche rejected but never stopped loving, Heinrich Heine, the poet and Lou von Salomé who loved Nietzsche and later Rilke and later still, Sigmund Freud.

The book also deals with Nietzsche's madness and how (madly) things change into their opposites; for example, how anti-anti-Semitism can change into anti-Semitism and Nazism, then into a reaction against the holocaust and then into a new kind of revisionism and denial.

David Pollard has been furniture salesman, accountant, TEFL teacher and university lecturer. He got his three degrees from the University of Sussex and has since taught at the universities of Sussex, Essex and the Hebrew University of Jerusalem. He has published The Poetry of Keats: Language and Experience which was his doctoral thesis, A KWIC Concordance to the Harvard Edition of Keats’ Letters, a novel, Nietzsche’s Footfalls, and five volumes of poetry, patricides, Risk of Skin, bedbound, Self-Portraits and Finis-terre. He has also been published in other volumes and in learned journals and poetry magazines.