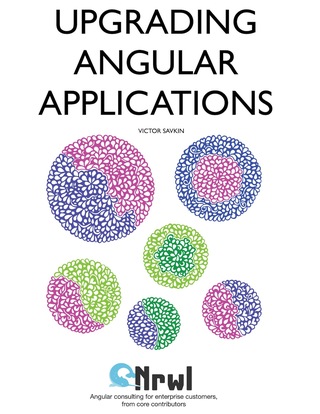 This book is 65% complete

The book explores NgUpgrade in depth, including the mental model, implementation, subtleties of the API. It also talks about different strategies for upgrading large AngularJS applications.

It is written by Victor Savkin, a core Angular contributor and a co-founder of Nrwl - Angular Consulting for enterprise customers.

Many organizations have large AngularJS applications deployed to production. These applications may be built by multiple teams from different lines of business. They may use different routers and state management strategies. Rewriting such applications, or doing big bang migrations, is not just impractical, it is often impossible, and mainly for business reasons. We need to do gradually.

To help with the upgrade process the Angular team built NgUpgrade, a library for mix-and-matching AngularJS and Angular components. The question now is how we can use this library in the most advantageous way? What patterns and strategies should we use?

The book explores NgUpgrade in depth, including the mental model, implementation, subtleties of the API. It also talks about different strategies for upgrading large AngularJS applications.

It is written by Victor Savkin, a core Angular contributor and a co-founder of Nrwl - Angular Consulting for enterprise customers. He has been working with many companies helping them upgrade their AngularJS 1 applications.

An Interview with Victor Savkin