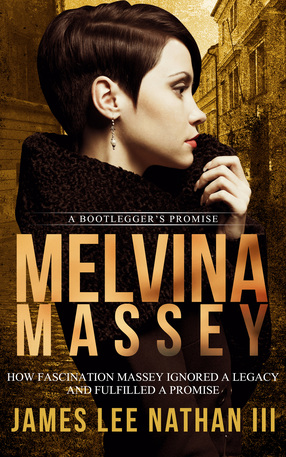 How Fascination Massey ignored a legacy and kept a promise

"I think I will call you Fascination because the world can be seen through your eyes." Melvina Massey speaking to her granddaughter.

The remarkable life and times of Melvina Massey continue as we explore the origins of her bootlegging in the Red River Valley during the 1890s. The information is sparse and instead of answers we are left with more questions. Our story therefore will attempt to address how Melvina Massey established additional streams of revenue through an area known as "Rat Portage" aka Kenora Canada. This seemingly small enterprise would also impact the lives of her son and two of his children.

The story begins with the arrival of a telegram from a Marshal Seth Bullock of Deadwood South Dakota. Melvina is skeptical of the wire, but it concerns the murders of two of her former "soiled doves" and something else...it also requests that she provide any assistance she can to one Jerry Potts. A half-breed scout for the Canadian Royal Mounted Police, who will arrive before Marshal Bullock. Potts is on the hunt for Rum runners and slavers of natives along the Canadian Railway. His inquiries lead to Fargo. Melvina, ever the savvy, sees an opportunity for growth and expansion.

It is thirty years later, March 1920, and a young Fascination Massey arrives in Harlem NY. The Volstead Act has been law for a year, but that has had little affect on the New York City nightlife. Well almost, as law enforcement cracks down throughout Manhattan, one area seems impervious to the new law. HARLEM. The city's white population seeking alcohol and entertainment, heads uptown and creates an overwhelming need for booze. Something that is not in great supply. However, many of the proprietors remember tales of a 'Mulatto Madam' in the west who ran brothels and had a very lucrative bootlegging empire. Criminals always know the difference between myth and legend and Fascination is summoned by affluent Harlem residents, seeking to leverage the connections her grandmother made in Canada, three decades prior.

But they do not know Fascination and this is how the story begins.