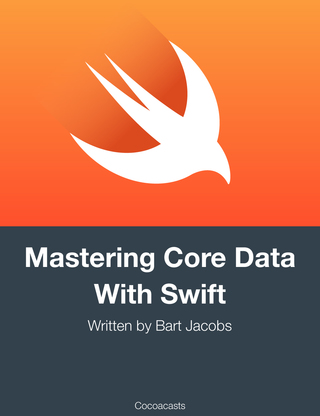 "I want to learn Core Data, but I don't know where to start." - Every Swift Developer

"I was frustrated with Core Data until I took the time to learn the fundamentals." - Yours Truly

"Core Data is difficult to use." - I Prefer to Stay Anonymous

Does this sound like you? It's time to take Core Data serious and learn the ins and outs of the framework.

The first time I came into contact with Core Data was more than ten years ago. I was immediately overwhelmed by the terminology, the complex setup, and the many rules I had to stick to.

Does this sound familiar? I wondered if it was worth the hassle? And why did experienced developers swear by Core Data? How was I going to master Core Data and integrate it into an application without running into mysterious crashes?

The Solution Was Surprisingly Simple

Whenever I teach developers Core Data, I emphasize how important it is to focus on the fundamentals first. The vast majority of issues developers run into are caused by a lack of knowledge about the ins and outs of the framework. Core Data isn’t difficult if you understand how the framework works.

Over the years, I’ve taught thousands of developers how to use Core Data. This has taught me what the common pitfalls are developers run into. In Mastering Core Data With Swift, I show you the pitfalls you need to avoid.

The video course follows a proven roadmap that starts with the fundamentals of the framework. We cover some theory, but, more importantly, you immediately apply what you learn to build a real application. Practice makes perfect. Right? This very much applies to any programming subject.

In Mastering Core Data With Swift, you learn everything you need to know to integrate Core Data in a new or an existing Swift project. We focus on the key players of the framework and build an application that takes advantage of the core features of the framework.

We use the latest and greatest to build an application. Xcode 8 & 9 have many improvements that make working with Core Data fantastic. And the intuitive syntax of Swift adds the cherry on the cake. It's never been easier to get started with Core Data.

During the course, we build an application that manages notes. We start from scratch, build a Core Data stack, create a data model, and add several features, such as categories and tags. Every feature teaches you a new concept of the Core Data framework.

… And Beyond the Basics

We don’t skip the more advanced features of the framework. We discuss data model migrations, working with multiple managed object contexts, and using Core Data in a multithreaded environment.

While some of these topics may seem advanced, they are essential for building a robust, scalable Core Data application. This is a common mistake developers new to Core Data make.

What Other Are Saying

A big thank you. This has been the single most effective course I've taken about iOS. I put it into practice right away and our App Store app, and its testing, has benefited greatly. - Jake Young (Chief Information Officer)