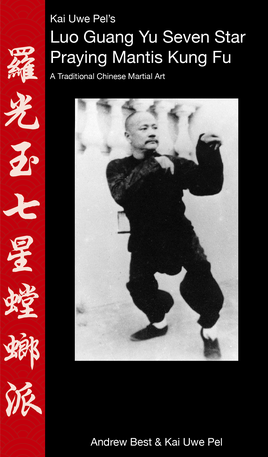 The Northern Praying Mantis system is a very famous and popular style in China and all over the world today. It was created in the Shandong Province of northern China approximately 350 years ago. Legend has it that a Shaolin Monk named Wang Lang, who had studied other systems of Shaolin, observed a praying mantis in combat with a cicada. He was impressed by the strategic fighting of the victorious praying mantis. It attacked and retreated at the right moments, used long distance blows and close crushes effectively, grasped and released methodically. He then captured the praying mantis and discovered that its movements contained twelve principal methods of attack and defense. By imitating the forearms of the praying mantis, adding the swift steps of the monkey and certain aspects of seventeen other famous Shaolin systems of that time, he combined the principles of rigidity and flexibility to create the system as Praying Mantis. Since then, Northern Praying Mantis has become a complete system in the martial arts circle with each generation of disciples supplementing it with new concepts and techniques. One added the iron-palm techniques, another added internal breathing exercises, and still others different weapons techniques. One unique characteristic of this style is that the hand movements are coordinated with the footwork, it is considered the fastest fighting system and the most deadly Shaolin system of strategy. This book will explain only the history and concepts of Luo Guang Yu's Praying Mantis Style. A MUST Read book for students!

Kai Uwe Pel has been deeply involved in Chinese Martial Art since he began his formal training in Hong Kong with his teacher Lee Kam Wing Sifu at the age of sixteen. Since that time, he has studied with many noted Masters both in this country and in the Orient and has himself taught for more than 35 years. While in Singapore, Kai Uwe Pel also took the opportunity to study with his respected Praying Mantis Kung Fu and Taijiquan Master Koh Kim Kok.