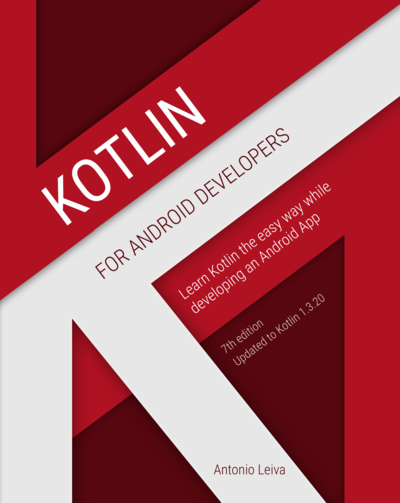 Learn Kotlin the easy way while developing an Android App

Kotlin is the new official language to write Android Apps, and thanks to this book, you'll be writing code in no time. Straight to the point, practical and full of examples, it will show you the language while developing an Android App. Learn the Kotlin and start enjoying Android development again with this powerful and modern language.

This book is read in one breath. If you know the basic concept of android development and looking for the right source to enter the world of Kotlin for Android then this book is right for you. By going throughout the book, I was able to peek up basic concept of Kotlin and good coding practices. In the end, of my journey, I had been convinced that Kotlin is best for Android development.