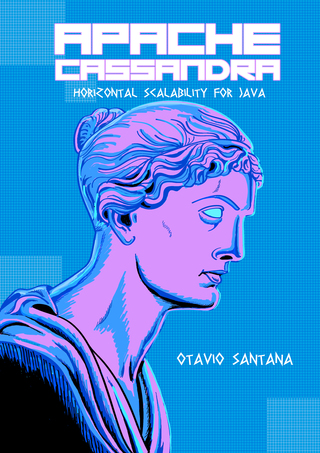 In this book, Otávio Santana discusses Cassandra, its concepts, and its applicability with Java. After introducing non-relational databases, you will see concepts such as hierarchy, reading, writing, how they work on the node, and their orchestration within a Cluster.

In the competitive world of technology, millisecond improvements in performance can make all the difference for your customers. From this need, several paradigms and frameworks emerged, demanding, at the same time, a good and fast performance in the persistence of information. Apache Cassandra was born in this scenario, the NoSQL database, elastic, fault-tolerant, and with a high degree of performance. Cassandra is a non-relational database originated by Facebook. Today, it is an open-source project within the Apache Foundation with successes in the world's largest companies, such as Netflix, GitHub, eBay, among others.

In this book, Otávio Santana discusses Cassandra, its concepts, and its applicability with Java. After introducing non-relational databases, you will see concepts such as hierarchy, reading, writing, how they work on the node, and their orchestration within a Cluster. The practical operation of the communication language Cassandra Query Language or CQL will be presented, with modeling tips and mapping frameworks. DataStax Mapper, Spring Data Cassandra, Hibernate OGM Cassandra, and Eclipse JNoSQL.

Empowering staff-plus engineers to deliver highly scalable software on the cloud, so they can become influential in their companies and in the market, and move their technical careers to the next level.

Otavio is a passionate architect and software engineer focused on cloud and Java technologies. He has deep expertise in polyglot persistence, and high-performance applications in the areas of finance, social media, and e-commerce.

As an open-source contributor, Otavio is directly involved in the Java world as an expert leader in several specifications both at the Java Community Process (JCP) and at the Eclipse Foundation. His work on the Apache and Eclipse Foundations helps projects such as MicroProfile and Jakarta EE to flourish. As a NoSQL expert, Otávio works with many databases and their APIs, including the Jakarta NoSQL specification.

Otávio is also the representative of SouJava, the Brazilian Java Users Society, on the boards of the JCP and Jakarta EE, where he helps the direction and objectives of the Java platform since Java 8.

As a global speaker, he has presented at the most significant international conferences such as JavaOne, TDC, and Devoxx. He volunteers and helps organize several Java User Groups and meetups around the globe.

Otavio is recognized for his Open Source contributions and has received many awards, such as the all JCP Awards categories (Outstanding Adopt-a-JSR Participant, Most Significant JSR, JCP Member/Participant, JCP Spec Lead/JSR), the Duke’s Choice Award, to name a few. Otávio is also a distinguished member of the Java Champions and Oracle ACE programs.