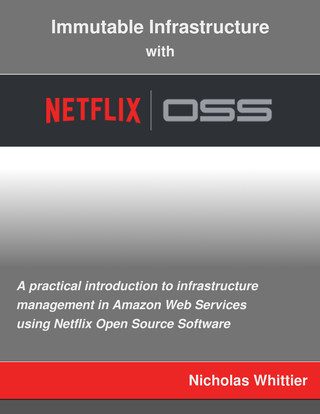 Immutable Infrastructure is quickly becoming the ideal target in operations. As the early promoter of machine images as a unit of deployment, Netflix Open Source Software provides a fully-featured suite of tools for managing systems in Amazon Web Services using immutable infrastructure. Familiarize yourself with important Netflix OSS projects, basic configurations, and usage patterns that will bring your systems successfully into the cloud.

Asgard was a core focus in the original text and has since officially entered maintenance status with the Netflix OSS team. This text is receiving an overhaul and moving to a Spinnaker-focused implementation.

This book gives concrete examples for transtitioning to (or building) immutable infrastructure with the help of Netflix Open Source Software. You will learn about core software available from Netflix OSS, basic configurations, and how to quickly get up and running in AWS using these tools.

Nicholas Whittier is an Operations Engineer who spends all of his time in the cloud. He likes to automate things and is carefully raising a team of chatbots that manage infrastructure so that he does not have to.