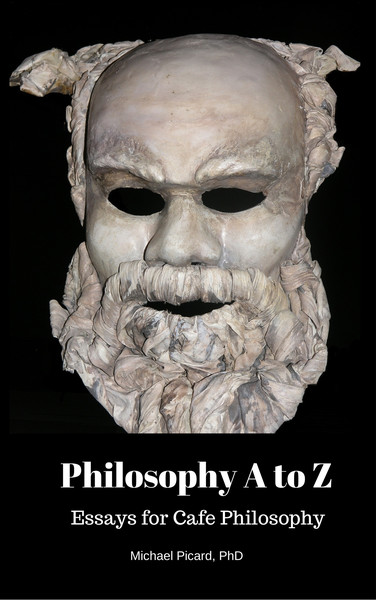 How to Play Philosophy (Essay for Cafe Philosophy)

How to Play Philosophy

a book for public thinking and the thinking public

This book is 98% complete

What do you get when you remove all the ivy and ivory from an over-educated philosopher? The transition from tower to cafe led to these lyrical, accessible, fun, yet searching texts on topics of broad, even perennial interest. Philosopher and best-selling-author Michael Picard flouts the staid conventions of the field and plays with philosophy.

Truth is plural, semantic ambiguity is objective. Meaning is not in the head, but shared and multiple. This theory is put to the implicit test and passes in high-flying multicolour in these philosophical scripts, penned by best-selling philosopher Michael Picard to show the paradoxes, puns and paralogisms that result from the opposite assumptions. Refuting thoughts he sympathetically renders, Picard is known as a populariser who breaks things, seeking to reveal to the innocent masses the traditional follies and riches of his beloved and often benighted Philosophy. Rebelling against an elite and crippling education in esoteric-analytic philosophy, Picard climbed down the ivory tower, dissembling in cafes and cavorting with the great, thinking unwashed, to whom these writings are compassionately addressed. Dip anywhere into this box of therapeutic chocolates, and you will find no mere confection, but gravity and guile, substance and subterfuge, and a profusion of ways to skin the philosophical cat. Playing all sides, Picard cannot lose. The result is a winning playfulness, a provocative profundity, a rational ploy to reveal the cheat of reason which pretends to know the single final total truth.

Michael Picard, MSc PhD, studied philosophy at MIT. He is author of This is Not a Book (revised in 2012 as Philosophy: Adventures in Thought and Reasoning), which has been translated into six languages and has sold over 100,000 copies globally. He has facilitated hundreds of public participatory philosophy dialogues, originally at weekly Cafe Philosophy sessions in Victoria, Canada, for which most of these essays were originally written. Picard teaches philosophy at Douglas College and cognitive science at Simon Fraser University in Vancouver, Canada. 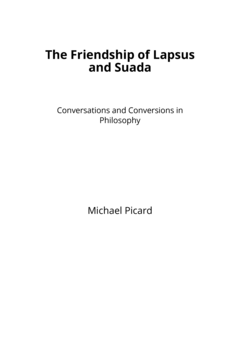 The Friendship of Lapsus and Suada
Michael Picard 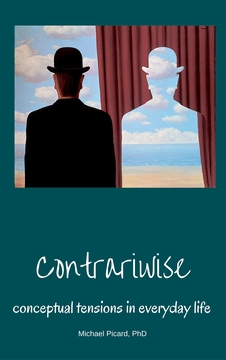